A 20-year-old barber, Dada Mogaji, yesterday appeared before an Ebute Meta Chief Magistrate’s Court in Lagos for alleged involvement in cult activities. Mogaji, who hails from Ladega in Ikorodu, was alleged to be a member of an unlawful society, Aiye confraternity, at Solomade Street, Ikorodu, Lagos. 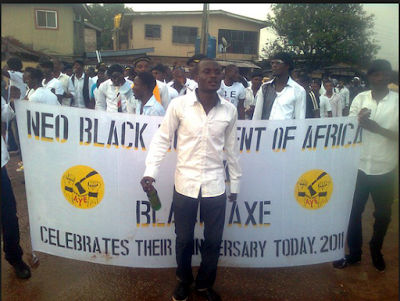 He is facing a four-count charge of conspiracy, belonging and managing a secret cult and conducting himself in a manner likely to cause a breach of peace. Prosecuting Inspector Julius Babatope said the accused with others still at large committed the offence on July 17 around 9.15pm at Solomade Street, Ikorodu. “The police had been on the trail of the accused and was apprehended and identified with the various tattoo of the Aiye symbol on his hands,” he said. It was learnt that the defendant had tattoo branded “blessing 99” on his right hand. The defendant, who dropped out at Junior Secondary School (JSS) II, was said to have been initiated by three men at a cemetery in Igbogbo, Ikorodu. Mogaji pleaded not guilty. His counsel, Spurgeon Ataene, pleaded with the court to grant him bail on liberal terms. Magistrate Helen Omisore granted him N200, 000 bail with two sureties in the like sum. One of the sureties must be his relative. She adjourned till for October 19.

How Gunmen Abducted The Wife Of APC Chieftain In Ekiti State.

Lament And Sorrow As Cultists Go On Rampage In Rivers Community.. Photos/Video