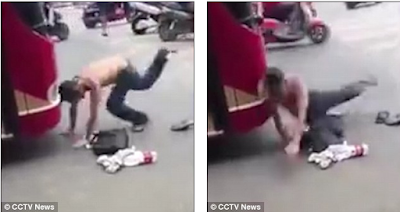 He was filmed by a crowd of spectators who laughed as he rammed himself multiple times into the bumper. Dozens of onlookers in the city of Nanning in south China waited for him to finish acting without doing anything until the police finally arrived to stop the stunt. 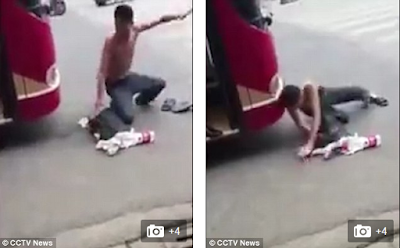 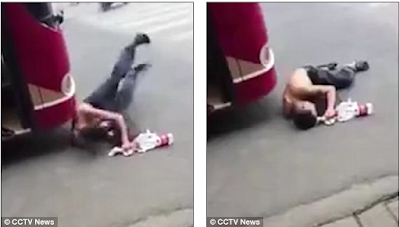 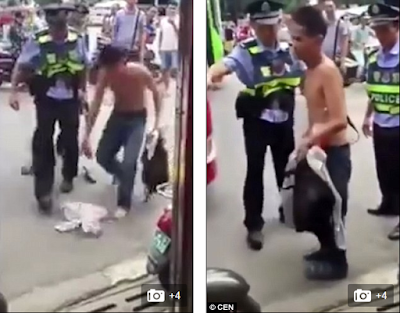 From School Relationship To The Altar; Longtime Friends Finally Get Married In Warri. Photos