Shocking footage has emerged showing an impoverished man carrying the body of his dead wife along a road after the hospital she died in allegedly failed to provide an ambulance. Dana Majhi was filmed with his wife over his shoulders wrapped in sheets and his heartbroken teenage daughter by his side as he headed towards his home nearly 50 miles from the hospital in Bhawanipatna town, India. 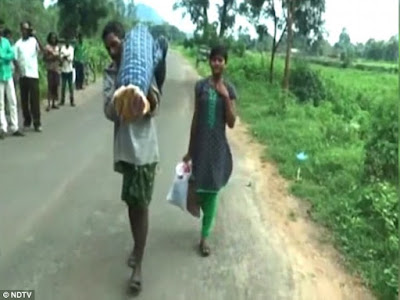 By the time an ambulance arrived, courtesy of local youths who alerted officials, Mr Majhi had walked over seven miles towards his home in Melghar village. Mr Majhi’s 42-year-old wife died from tuberculosis on Wednesday morning and he said that he requested a vehicle to transport the body home for the last rites. However, he claimed that there was no response, that hospital staff insisted that he move the body and that he couldn’t afford a private ambulance. He told Indian Express: ‘I requested everyone, but no one listened. What option did I have other than carrying her?’ He added: ‘Since I am a poor man and could not hire a private vehicle, I had no choice,’ according to the BBC. 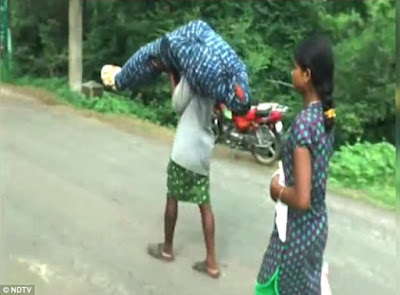 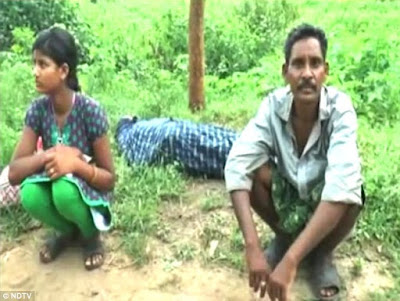 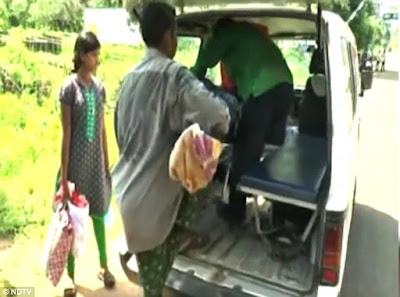 See The Road In France That Disappears Underwater Twice A Day. Photos