While many people are packing their suitcases for a trip during China’s seven-day National Day holiday, some people in Harbin, Heilongjiang Province, are packing their sleepwear for a sleeping competition. The competition lasted two days and participants needed to sleep on their deck chair from 9:30 am to 7:30 pm. 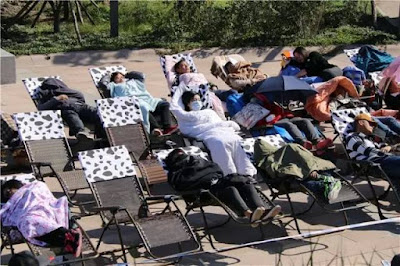 During the 10-hour sleeping marathon, the competitors cannot leave their chair for bathroom or meal breaks, or touch any electronic devices. On the first day, a total of 16 people finished the competition, while only eight stayed the course on the second day amid the rain and temperatures falling to as low as 0℃ at dusk. Although it was cold, participants were also not allowed to leave to get thicker quilts. 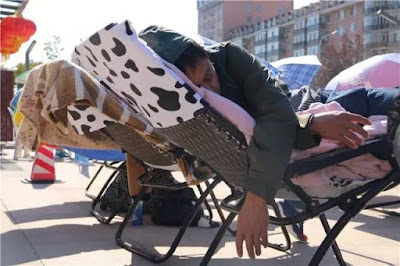 Participants from different places around the world joined the challenge with different intentions. “I will win the game for my parents because winners are awarded a two-day stay at a spring hotel in Dalian, a coastal city. I want to take them there,” a female participant told the Harbin-based newspaper, Modern Evening Times. “My girlfriend registered for me. I will prove that I can win,” a participant, nicknamed Leifeng Cap, said. It was reported that the sleeping competition was not only a respite from electronics, but a challenge to people’s physical well-being. 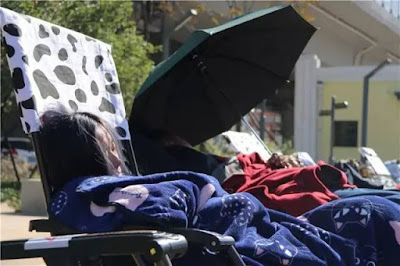 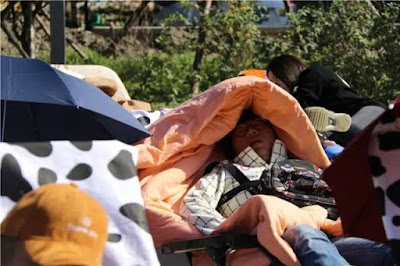 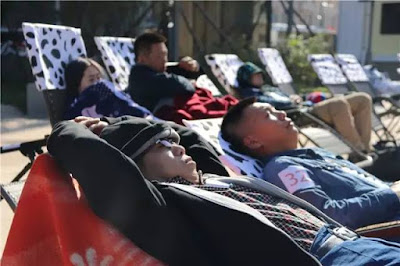 What's Your Excuse”; See What A Boko Haram Refugee Does For A Living In Borno. Photo