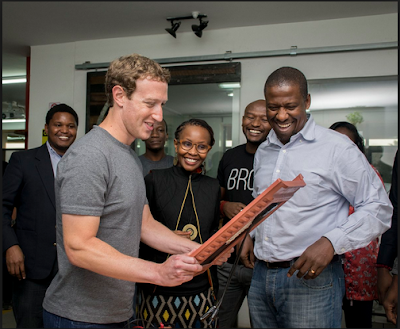 Facebook is now available in more than 100 languages — with more than one billion people using a language other than English! Today we added Fula, Maltese and Corsican.

Our community makes this possible. Over the last decade, hundreds of thousands of people around the world have worked together to find the right translations for words and phrases in the Facebook interface. Because the idea of a “Like” in English may mean something different in Arabic or Japanese.

This matters because for people to share what matters to them and see what matters to the people they care about, they need services available in a language they know. Some of the languages we’ve added don’t have meaningful presences on the internet. Others, like Corsican, are in danger of disappearing altogether, according to UNESCO. 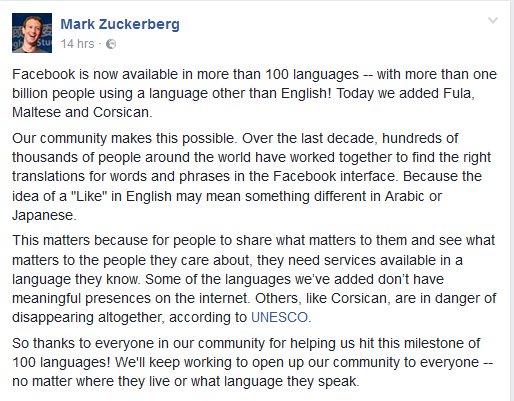 Waste Collector Mocked For Staring At Gold In A Shop, Then This Happens..

Migrants Armed With Sticks Battle Each Other On The Streets Of Paris. Photos

Addicted because of playing at the Domino QQ Online agent