Victor Anichebe’s recent form has improved -all thanks to his personal trainer. The Sunderland striker has worked with Nicky Holender for four years. However, Holender saw something different in Anichebe this pre-season.. The out-of-contract striker had something to prove and his personal trainer thinks ex-Everton boss David Moyes is the man to get it out of him 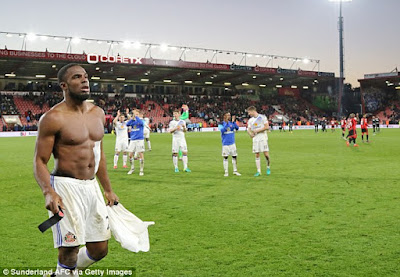 ‘Those goals, that was exactly what we’d worked on all summer,’ ‘I had a plan where I’d put him through hell for 20 minutes. I annihilated him. Then we’d start working on finishing, one-on-ones, explosive bursts so that his body would get used to doing that when tired. Doing it 20 times over.

‘When Victor gets tired and he’s carrying that weight, his body gets into a situation where it can’t cope — that’s when you break down.

‘We had to get his muscles used to coping with that immense power for 90 minutes, not 75. Look at his goals against Hull. Both one-on-one with a defender in the box, one touch to get away from him and bang — goal.

‘That’s what you’ll see with Victor this year, at the end of games he will be stronger than everyone else on the pitch. I train NFL players and Victor has the perfect body-type for a running-back. ‘Of all the players I work with, his raw physical and technical ability makes him unplayable if he’s in the right condition.’

Anichebe has been working with Holender for four years. This summer, however, Holender sensed a change in his mindset. The pair would meet at 9am at a gym in Santa Monica. A two-hour workout would be followed by lunch and another two-hour field session. 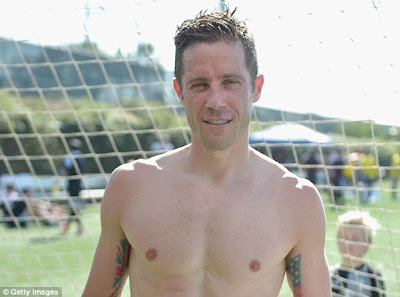 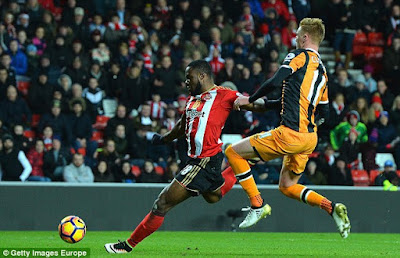 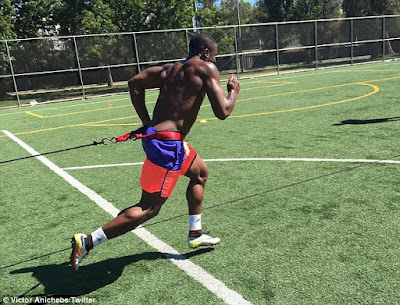 Re; “NFF Unable To Fly The Super Eagles To Zambia For World Cup Qualifier