The Trans-Forcados Export trunk line in the Batan fields, Warri South-West council area of Delta state, has been attacked again, less than one week after a similar incident. Tuesday’s attack was however a failed attempt as the explosive planted on the trunk-line, which was believed to be the main target of the operation, failed to go off. The explosive planted on a barge within the area went off, creating a loud explosion. 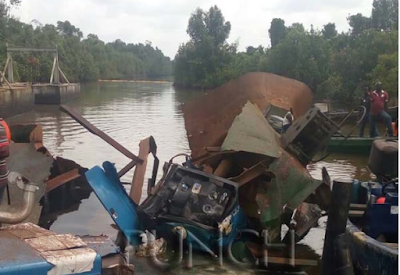 The Nigerian Petroleum Development Company (NPDC) -operated oil facility was earlier attacked last week Wednesday, November 2, few hours after leaders and other stakeholders of the oil-rich Niger Delta region met with President Muhammadu Buhari, to discuss ways to peace and development of the region. However, the attack in the early hours of yesterday, which was yet to be claimed by any group or individual as at the time of filing this report, reportedly occurred at about 1 am and almost claimed the lives of the community surveillance team, which was detailed to watch over the facilities. According to the chairman of Batan Community, Dickson Ogugu, the invaders of the facility, on getting to the site of the facility, opened fire on the community surveillance team, chasing them out of the area before settling down to plant explosives on a couple of facilities in the area. “The line which was undergoing repair after the previous attack on November 2 was billed for commissioning either today or tomorrow. Though the surveillance team narrowly escaped the attack after they were shot at, the hoodlums after chasing them from the spot came down from their speedboats, planted dynamites on swamp boogie, barge, crane and on the line. “Unfortunately, the dynamite on the barge exploded and immediately sank into the water. As I speak to you, the military are at the scene of the incident trying to dismantle the other dynamites”, Ogugu said. Also confirming the incident, a security source said “we heard the shots in the middle of the night, but as you know, we do not patrol the area at night, so there was nothing we could do”. Efforts to get an official confirmation and details on the development were yet unfruitful as at the time of filing this report. 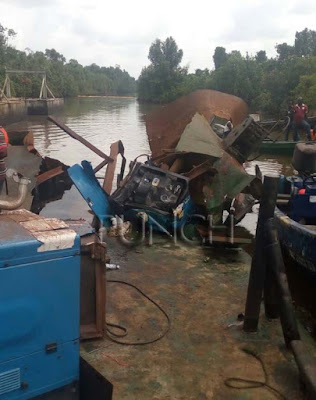 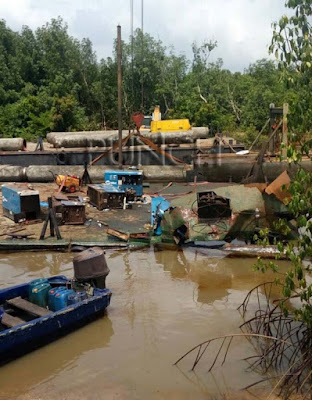 Photos; Lover Man Proposes To His Girlfriend With A Giant Rock. See Why

Photos Of Horrible Car Accident On Otedola Bridge In Lagos….