About 29, 581 Nigerians who fled their communities in Borno, Yobe and Adamawa as result of insurgent activities to Republic of Niger and Cameroun have voluntarily returned last year, this is contained in a published report of humanitarian relief intervention by the National Emergency Management Agency (NEMA) which was released recently. 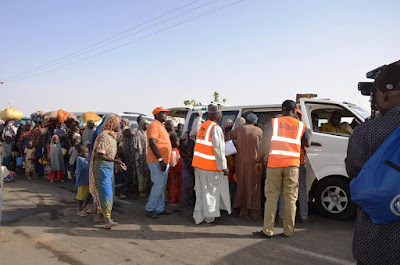 The report says 13,046 Nigerian returnees from Niger Republic in May, 2015 and were received in Geidam, Yobe State while Between April and December, 2015 NEMA received about 16,595 Nigerians that have voluntarily returned from Cameroon through the Sahuda border crossing area near Mubi, Adamawa State. “Some of the Nigerians that fled to Neighbouring countries (Niger, Chad and Cameroun) were provided with humanitarian relief support by the Federal Government of Nigeria through NEMA to alleviate their suffering. The displaced Nigerians have also received humanitarian supports from the host governments, the United Nations High Commission for Refugees (UNHCR), the host communities and Nigerian citizens living in the three host countries’’ the report says. There are presently 20,804 displaced Nigerians living the Republic of Chad, 80,709 in the Republic of Cameroun and 138,321 in the Republic in Niger. It noted that the agency adopted a monthly Humanitarian Coordination Meeting; a forum consists of relevant Federal government Agencies, UN Systems and International Non-Government Organizations (INGOs) undertakes analysis of causes of humanitarian situations, conducting of need assessments, and identification of priorities and provision of humanitarian interventions based on their respective mandates. The system operates through different sectors lead by national MDAs and co-lead by UN Agencies 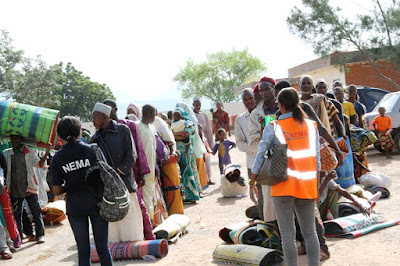 The report added that due to the successes recorded by the Nigerian Military with the support of Multi-National Joint Military Task Force (JTF) in the fight against Boko Haram insurgents, the humanitarian dashboard is fast changing. The focus is gradually shifting towards Reconstruction, Rehabilitation, Resettlement, Recovery and dignified return of IDPs back home while process for the return of Nigerian refugees from neighboring countries is equally on-going. 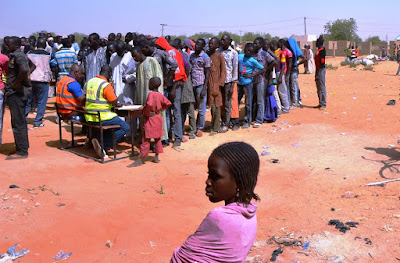 “NEMA will continue to support and work towards bridging the identified gaps in humanitarian response through enhanced coordination, capacity building and strengthening of collaboration with the affected States and relevant stakeholders including line MDAs, local and international response organizations and the UN system”. the report says. 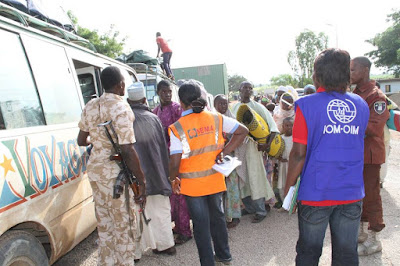 Court Remands Driver And One Other For Killing Female UNIOSUN Student. Photo