Neymar enjoyed some well-earned downtime in Brazil after helping his country remain on course to reach the 2018 World Cup. The Barcelona star was instrumental as Tite’s men beat Argentina and Peru inside a week to go four points clear at the top of the South American qualifying group. 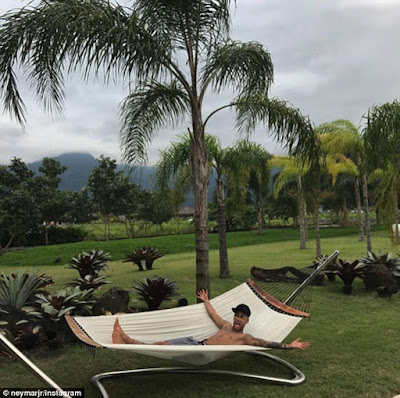 And after playing both matches and scoring against Brazil’s fierce rivals, Neymar decided it was time to relax – by chilling out in a hammock. Neymar also posted a photo of himself and others flying back to Barcelona on a private jet following Brazil’s eighth victory in qualifying. 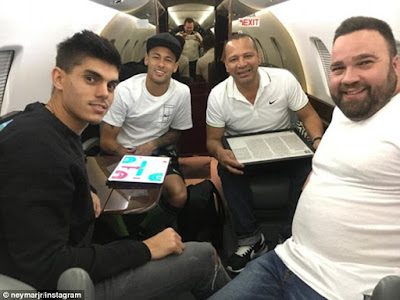 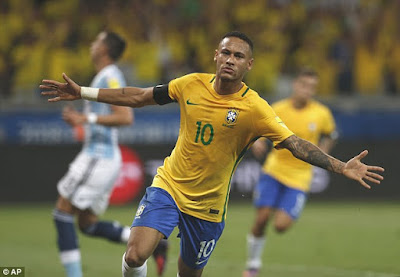 Woman Who Carries Oxygen Tank For Survival Flies To India For Surgery. Photos

Ooni Of Ife All Smiles As He Poses With An Elderly Woman In A Wheel Chair. Photo