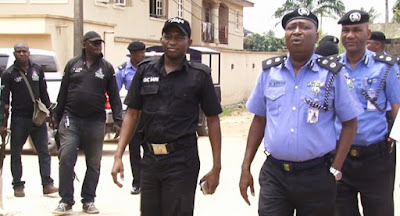 Relieved, but still apprehensive, he recounted his ordeal in the hands of their abductors.

He described their abductors as people from the riverine communities in the Niger Delta region, who accused the government of neglect. They insisted that only rapid development of their region can halt their criminal activities.

“For now, what they want is proper development of their region, and they want to cause terror anywhere ‘their pipe’ goes to.

“Their major objective in Lagos is to kidnap senior politicians or ‘big men’. We were not big men so we were like the wrong target at the wrong place at the wrong time,” he said.

The victim, however, said that they were treated well while in captivity. The four men were kidnapped by three armed men at Isheri area in Ogun state on Saturday but regained their freedom and were seen coming out of the waterside at about 11pm on Thursday looking exhausted and unkempt. The men were kidnapped during an aerobic session and the abductors, who established contact with the families later demanded the sum of 300 million Naira each for their release. The Police, however, assured the families that they were on a massive manhunt for the kidnappers. After their return on Thursday night, the Commissioner of Police in Ogun State, Mr Ahmed Iliyasu, told Channels TV that the release of the men was as a result of the pressure mounted on the kidnappers by security operatives. And during a visit to the homes of the released captives on Friday, he further reaffirmed the commitment of the Police to the safety of the people.

He promised that security would be reinforced in the community.

'Curious' Whale Photo-bombs Couple In The Middle Of Their Wedding Ceremony. Photos