Former Vice President Atiku Abubakar recently received delegates of the Niger state governor Abubakar Sani Bello -who visited him to ask the hand of his daughter in marriage. The delegation was led by former Deputy Inspector-General of Police (DIG), Senator Nuhu Aliyu. 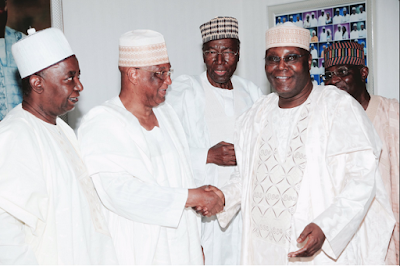 This was made known by the vice president himself through his twitter account..See below; 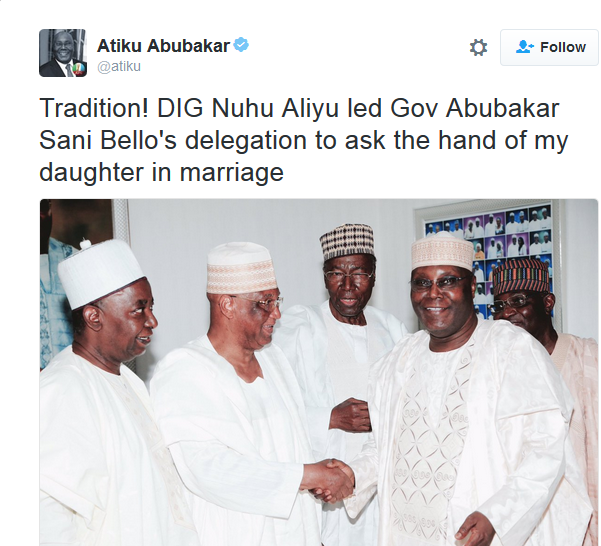