Nigeria Professional Football League (NPFL) is one of the global leagues attending the third World Leagues Forum in Frankfurt, Germany on November 23. 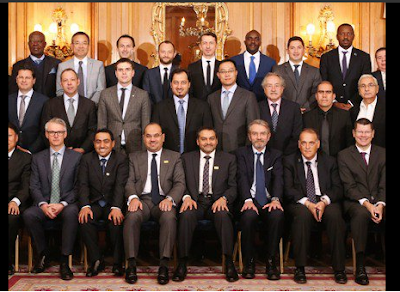 Chairman of the League Management Company (LMC). Shehu Dikko is already in the German city to participate in the meeting which among other agendas, undertake a review of the FIFA Semi-Formal Professional Football Stakeholders Forum meetings, the Status of FIFA Professional Football Stakeholders Committee and receive an update on meeting with FIFA president Gianni Infantino on October 5. According to the agenda circulated to participating Leagues, the meeting will also receive a presentation from FIFA and FIFPro as well as produce the World Football Leagues final declaration of Principles. Dikko said the LMC would also pursue its global networking agenda to seek mutually beneficial partnerships with other Leagues and international football sponsors. “We will seek to consolidate on the gains of our previous participation which yielded the LaLiga partnership and cast further to possibly secure new partnerships,” Dikko told www.npfl.ng on phone from Frankfurt.

At a similar meeting in Paris, France last February, the LMC continued discussions which it had opened with LaLiga culminating in the signing of the Technical and Commercial Partnership between the Spanish and Nigerian Leagues.

Policeman Becomes Online Sensation After Helping A Stranded Kid In The Rain. Photos

Gambian President-elect, Barrow Pictured With His Family Ahead Of His Inauguration