Nigeria has lost its place as the Number one scrabble nation in the world after a defeat at the just concluded MSI (Mind Sports International) World Championship 2016 in Lille, France. World champion Wellington Jighere, lost his title to Brett Smitheram of the UK and managed a 23rd place finish.. 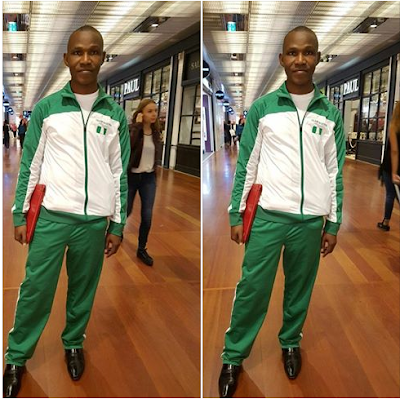 Wellington blamed the loss on external factors and inadequate preparations following hassles he and his team encountered before their trip (as they were initially denied visas by the French embassy). He said;

For those who still have questions, I hope this statement clears the air:

The MSI (Mind Sports International) World Championship 2016 has come to an end. A winner (Brett Smitheram of the UK) has emerged and Yours Truly could only manage a dismal 23rd place finish.

While it would be convenient to blame external factors for my failure to perform, I’d like to categorically state that my failure was due mainly to inadequate preparations. Our performance may have been affected by the numerous hassles that culminated in us arriving Lille just a few minutes before the commencement of the games but I believe that being a World Champion should come with the ability to surmount such obstacles. Moreover, the conditions preceding/surrounding my ascent to the crown in the first place were no better than these.

For those who would still choose to call me World Champ, you might be right because technically, my title defense, WESPAC (World English-speaking Scrabble Players Championship) isn’t until November 2017 but I’d like to think that Brett Smitheram is the reigning World Scrabble Champion and I’d attempt to do better next time.

I’ll be spending a few extra days to cool off in Europe after which I would return to my beloved fatherland to continue doing my best to become a better player and organizer as I now have to split my time between preparing for the next World Championship and running the activities of my Foundation (the Wellington Foundation for Scrabble and Mind Development in Africa.)

Thanks all for the support and I look forward to doing you proud when next I’m presented with the opportunity.

Rio2016; The Epic Reaction On The Face Of A Swimmer After She Broke Her Own Record..Photos