The Federal Government on Monday arraigned a Supreme Court justice, Sylvester Nguta, at the Federal High Court, Abuja, for alleged fraud.Mr. Nguta was arraigned before Justice John Tsoho. He is among seven judges arrested by operatives of the State Security Service on October 8, after a midnight raid on their homes.

After pleading not guilty to the 15-count charge, the judge’s lawyer, Kanu Agabi, prayed the court to admit his client on bail. The trial judge, Mr. Tsoho, stood down the matter for two hours to allow for arguments on the application for bail. It was alleged in the 16 counts that Ngwuta transferred the total sum of N505m “denominated in naira and US dollars” to a building contractor, Nwamba Linus Chukwuebuka, between January and May 2016. . The N505m was alleged to be part of proceeds of Ngwuta’s “unlawful” activities.‎‎ He was also accused of instructing a relative to remove some exotic cars from his house in Ebonyi while he was under investigation in violation of the provisions of section 18(1)(b) of the EFCC Act. 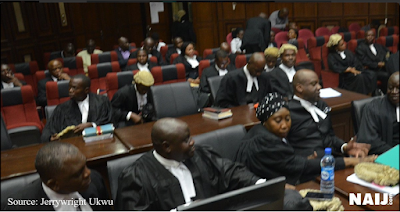 He was also accused of retaining huge sums of money in local and foreign currencies which were alleged to be proceeds of his unlawful act contrary to the provisions of the Money Laundering Act. The prosecution also accused of Ngwuta of concealing the origin of sums of money which were said to have been found at his home during the raid on his house by the operatives of the DSS between October 7 and 8. Apart from the money laundering charges, Ngwuta was accused of passport offences in counts eight to 14 of the amended charges. He was accused of being in possession of two valid Diplomatic Passports and another two valid Standard Nigerian Passports. He also allegedly submitted multiple applications, made false information of loss of the passports and of his age age with intention to obtain multiple of the passports in violation of various provisions of the Immigration Act 2015. 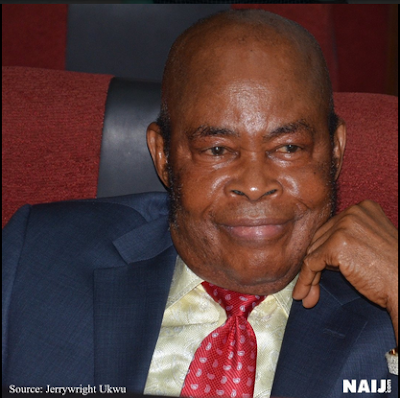 Woman Confronts Her 'Cheating Boyfriend' At His Place Of Work. See What She Did Next..