The National Drug Law Enforcement Agency (NDLEA) has uncovered a plot to use dry chicken flavored noodles to smuggle cannabis through the Akanu Ibiam International Airport (AIIA) in Enugu State on a plane to China. According to the NDLEA spokesman, Mitchell Ofoyeju, “the cannabis was carefully prepared inside packs of noodles to avoid detection.” 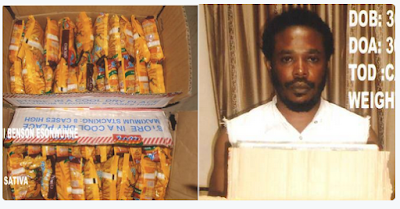 The alleged culprit, Benson Onyechi Esonwunne, was attempting to board an Ethiopian Airways flight from Nigeria to China when he convinced an innocent passenger to carry the box of packaged chicken flavored noodles for him on the plane. Mr. Ofoyeju said, “it is instructive that people be aware of this trick because what they consider as an assistance may just send them to prison or early graves. This is because drug trafficking is punishable by death in China.” The NDLEA statement also revealed that Mr. Esonwunne had been deported from China two times prior for immigration offenses in 2008 and on May of this year. Mr. Esonwunne said that he began trafficking drugs because Nigeria’s economy was so poor, and its exchange rate so unfavorable, that he needed to turn to the illegal activity to get by. In addition to this arrest, the NDLEA also arrested another passenger at AIIA airport in Enugu State for ingesting 74 wraps of a substance testing positive for cocaine. That perpetrator, also said that he began smuggling drugs due to the poor economy, was offered $5,000 to carry out the activity. The NDLEA said both men will face charges for their crimes. 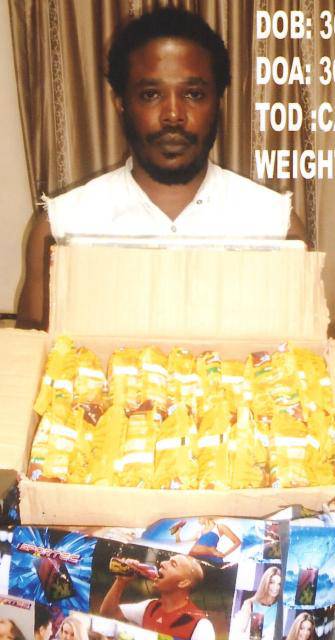 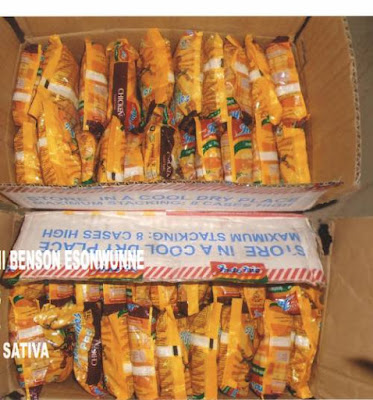 APC Chairman Admires His Framed Picture On The 'Wall Of Fame' At Oyo State House.