The Chief of Defense Staff, General Abayomi Gabriel Olonishakin, on Monday declared additional 55 members of Boko Haram fighters wanted. General Olonishakin, who declared the insurgents wanted at an event held at Theater Op Command in Maiduguri, urged the public to offer useful information that will enable troops to arrest the suspects and win the war against insurgency. 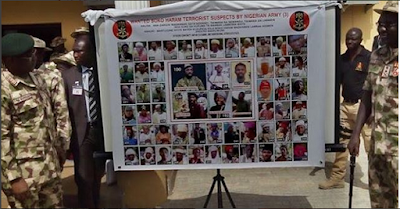 Plane Forced To Land After Huge Bird Flies Into It And Gets Lodged In Its Nose. Photos