A man identified as Abakyo Igbazungwe, was yesterday arrested by members of Community Joint Task Force (CJTF) in Aliade, Benue state for stealing a blue Honda motorcycle. The snatcher was exposed when he met a motorcycle repairer to assist him find a buyer for the stolen motorcycle’s engine. 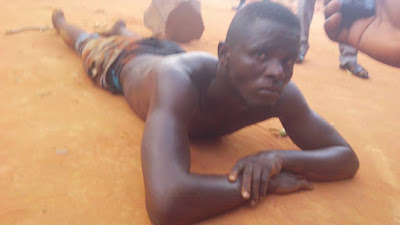 Unfortunately for Abakyo and fortunately for the owner, the mechanic has been aware of the missing motorcycle, as he quickly alerted the owner and CJTF members. Abakyo who denied having knowledge of the stolen Honda motorcycle, said the motorcycle was given to him by one Orshi Terwase. As he was being accompanied to the premises of the said Orshi, he changed his story. Abakyo later accepted to have personally perpetrated the crime. Other items found in his house were a Ɓajah motorcycle with a Manchester United stickers, other motorcycle parts and plate number JGB 283 VN. As at the time of writing this report, Abakyo and his claimed personal Bajah motorcycle were still in the custody of CJTF as he was unwilling to disclose more useful information. Officer Tamenku who is the branch commander commended the motorcycle mechanic for exposing this crime, and urged other mechanics to also live by this standard. He added that him and his men are burnt on ensuring security for life and property as Governor Ortom’s administration has zero tolerance to crime in the state. 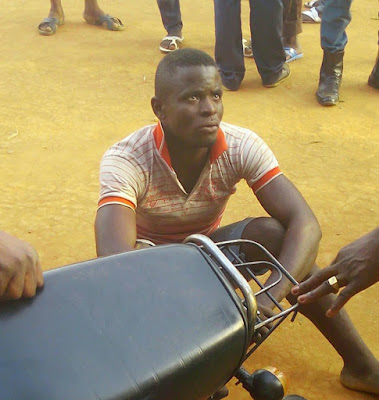 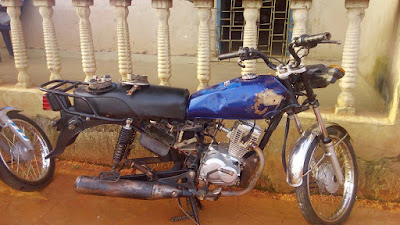 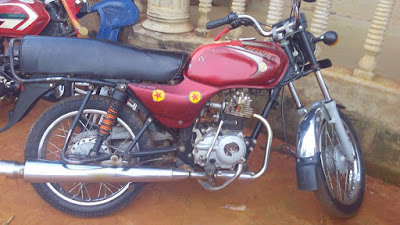 “Too Much Money”; Saudi King Disembarks From Gold-clad Plane In An Escalator. Photos