A huge and growing sinkhole has opened up in a southern Japanese city, triggering a power outage. The sinkhole appeared at dawn on Tuesday in Fukuoka City, near Hakata Station, Japanese media reported. It measured about 30 metres long (98 ft), 27 metres (88 ft) wide, and 15 metres (49 ft) deep. 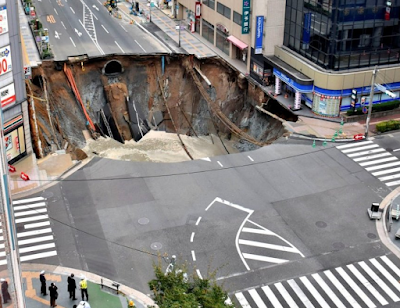 The astonishing moment the sinkhole opened was caught on camera by a stunned bystander. Japanese news footage showed the hole swallowing an entire four-lane intersection, close to commercial buildings and shops. The prefectural government is investigating the possibility that the hole may have been caused by an ongoing construction to extend the current subway lines in the city, local media reported. 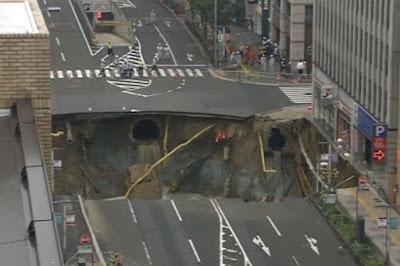 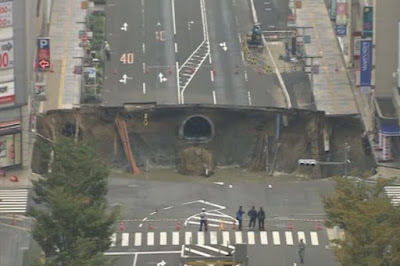 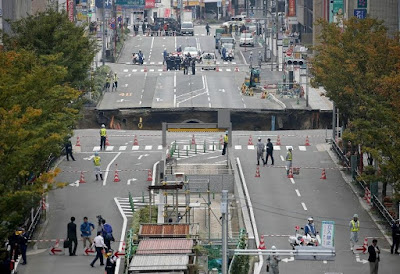 One Dead As Danfo Bus Goes Up In Flames After Accident With Trailer At Mile 2. Photos

“I Killed Her And Had Sex With Her Body”- Boy Who Killed 7-Year-Old Girl Confesses. Pictured