There was pandemonium in Enugu yesterday after armed robbers stormed Bisalla Road by Roban stores for a full operation. The hoodlums were engaged in a serious shootout with security operatives who arrived the scene almost immediately. The gun battle which lasted for hours -caused panic in the area as residents scampered for saftey. The robbers were later apprehended as seen in the photos below; 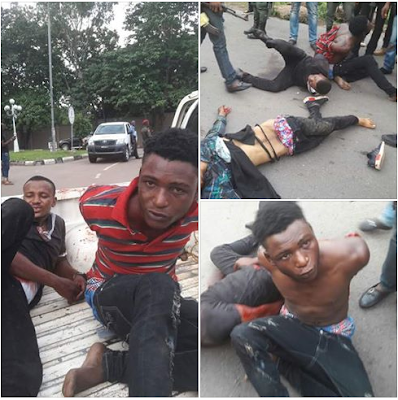 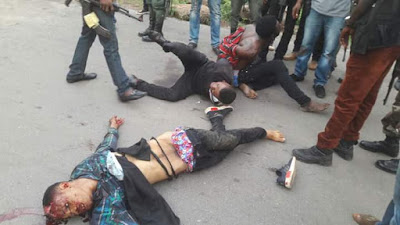 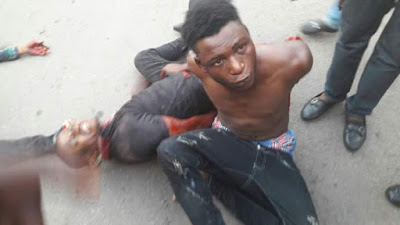 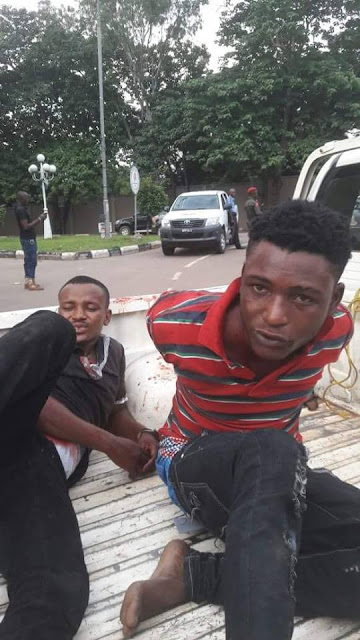 See How An Unclad Female Activist Was Arrested Like An Animal By French Police. Photo

“When Your Dad Is A Boss”; Police Escort For A Strolling Baby..Caption This

Nigerian Man Celebrates In Style After His Wife Gave Birth To An 'Oyibo' Baby. Photos