Three siblings are eating themselves to death, their parents fear, because of a mysterious disorder which means they never feel full. Anxious Rameshbhai and Pragnaben Nandwana are struggling to handle their overweight children, and say they are powerless to stop them from eating. 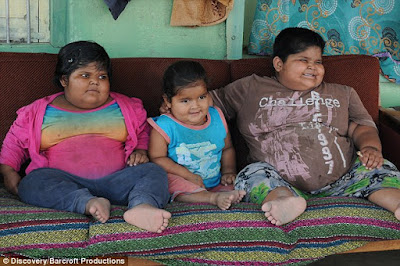 Four-old-daughter Amisha’s weight is particularly alarming – she weighs 51 kilos, three times more than an average child her age. Her older sister, Yogita, weighs in at 33.5 kilos – which is a third heavier than she should be at the age of five – while brother Harsh already weighs 16 kilos at 18 months old. As a result of the health problems caused by excessive eating, all three suffer breathing problems, even in their sleep. Their weight is increasing at an alarming rate, although their fourth child, Bhavika, is a healthy size. 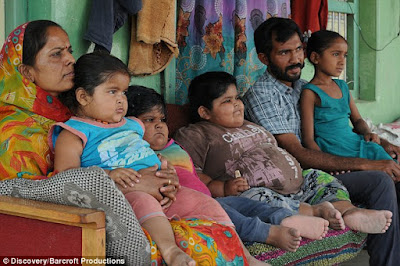 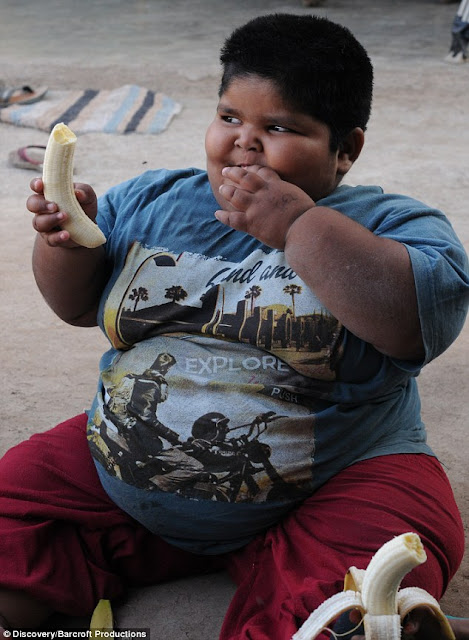 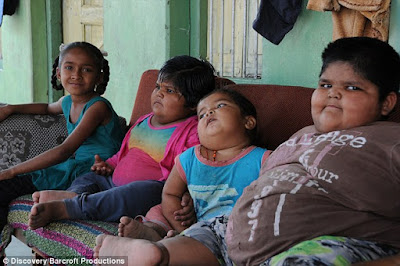 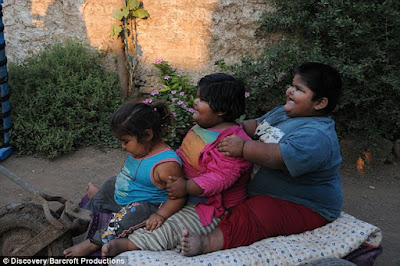 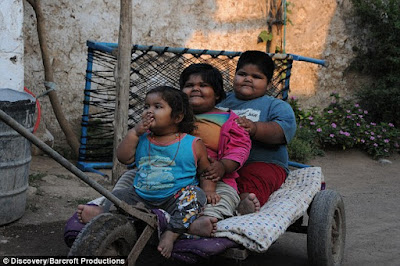 Standoff Between Soldiers And ECOWAS Forces At The Gambian State House. Photos

See The Shocking Moment Sea Lion Grabbed A Girl By Her Buttocks And Dragged Her Into Water. Photos