Parents of students at a primary school in Liushi, China, have been left outraged after finding out that their daughters might have been molested during a physical exam. The female students were undergoing physical examinations on October 11 when a member of the medical staff allegedly pressed his hands on the students’ chests. 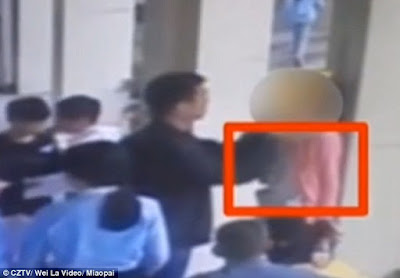 Physical exams are held at Liushi Elementary School every new term. Surveillance footage shows young girls in school uniforms queuing up in front of a pillar to have their heights recorded. According to reports, a height chart is painted on the pillar and the student is asked to stand upright to measure their height. A man who appears to be in his 30s and dressed in black is seen putting a ruler on a student’s head. Then, both of his hands can be seen pressing onto the student’s breasts. The number of students touched inappropriately by the suspect is not known. Most victims are older students at the school. Investigations show that the suspect is a part-time member of staff at a local medical centre. He visited the school to assist with simple tasks such as measuring height and weight at school on that day. He was arrested on October 27 on suspicion of child molestation. The case has been transferred to the procuratorate. 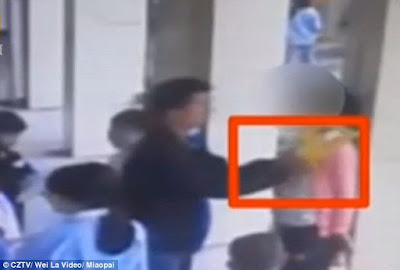 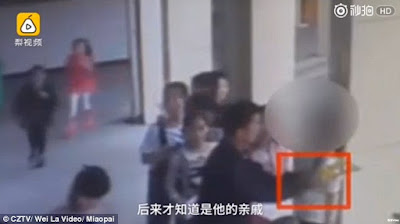 President Buhari Receives Outgoing Ambassador Of Germany And Wife At The Villa. Photos