A Liverpool fan in Iganga town, Uganda who succumbed to a stroke last weekend while watching the English Premier League game between rivals Manchester United and Arsenal, has died. 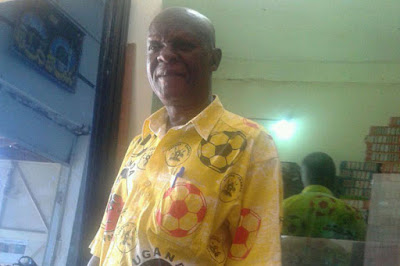 Mr Yusuf Kalange who was surprisingly rooting for a Manchester United win, struggled to breathe when Olivier Giroud’s 89th-minute equaliser earned Arsenal a point, denying the red devils the much-needed win. Mr Kalange’s death was confirmed by his son, Yakuti Kalange. He said his father, 67, died of stroke this morning at Nsambya hospital.

A relative he was catching the match with on Saturday last week, in a makeshift hall called Umbwa Video hall in Iganga town, told Daily Monitor that Mr Kalange a Liverpool fan, was rooting for a Manchester United win irrespective of the rivalry between the two clubs.

“I Will Never Forget My Home”; The Moment Nigerian Stuck In Libya Return Home With A Song. Photos

See The Moment A Little Baby Gave Her Father The Middle Finger While Recording Her On Camera.

“How And Why We Got Into Trouble” President Buhari Briefs Nigerian Professionals In America.