A devoted Muslim has been sentenced to life imprisonment after murdering his wife simply because he disapproved of her looking after men in her role as a care assistant. Imran Khan sent spouse Nasreen a series of text message claiming she was disobeying Islam. 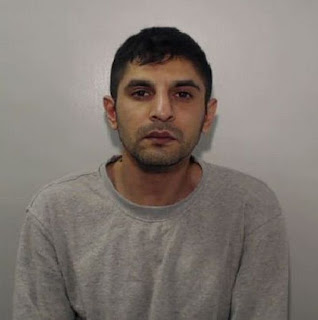 The 38-year-old told her: “If you go to men’s houses and lie to me I get angry. If you play games I get angry.” He then stabbed her to death with a kitchen knife later that day in a frenzied attack.

The attack took place at the couple’s home in Cheadle, Greater Manchester, which they shared with their three children. He told police afterwards: “Never get an arranged marriage bro.” Khan had warned his wife: “It’s not halal for you to work with men” in the lead up to the April attack. Police also found a text message sent to 38-year old Nasreen from her husband. It read: “I have told you 10 times there are three people whose prayers will not be accepted by Allah – a fleeing slave until he returns to his master, a woman whose husband is angry with her, until he is pleased with her, and a drunkard until he becomes conscious. “If you don’t listen to me I get angry.”

At Manchester Crown Court Khan, admitted murder. He was jailed for life with a minimum requirement he serve 20 years.

Serial Rapist Restrained After Trying To Break Out From Court During Trial. Photo

How Nigerian Billionaire Travelled To Europe Despite Passport Seizure – EFCC