Rivers State Governor , Nyesom Ezenwo Wike has declared that the state government will in the coming weeks release the audio -visual footages of the Rivers State Police Commissioner plotting with politicians on the methods to be adopted for the planned rigging of the December 10 rerun elections . 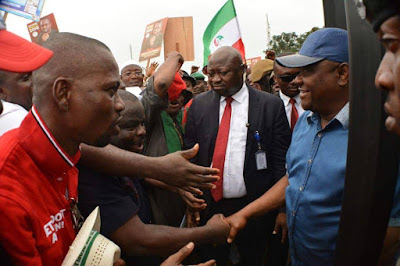 Flagging off the rehabilitation of the General Hospital, Abonnema in Akuku-Toru Local Government Area on Monday , Governor Wike noted that the audio-visual footages will be made public through different media platforms to expose the extreme rigging desires of the Independent National Electoral Commission ( INEC) with the backing of the police and other security agencies . He noted that the 600 policemen working with the Special Anti-Robbery Squad (SARS ) in the state , the police commissioner has already distributed them to prominent APC leaders on a local government basis for the indiscriminate arrests of PDP supporters few days to the election . The governor added that the 600 SARS personnel distributed would also be used to unleash unprecedented violence on the people on election day , so that APC leaders would have time to substitute results sheets handed over to them by the INEC leadership. He said: “We are now in possession of the DVD of how the Police Commissioner and some politicians were planning on how to rig the forthcoming Legislative re-run elections in Rivers State . At the appropriate time , we shall release the materials for Nigerians to understand the depth of the Electoral fraud being perpetrated by INEC and Police. “For the security of this all important audio-visual material , we have mass produced them and kept them at different locations . Nigerians are entitled to know the truth about the unfortunate rigging machine.” The governor explained : “Now that we have caught them on tape, this will shake the world. Rivers State is not like other states where you can plot and execute easy rigging plans. 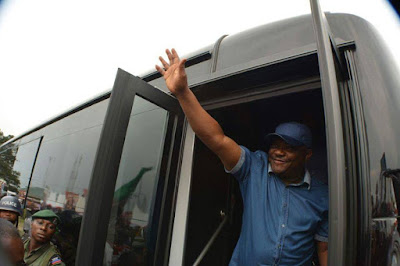 “We are ahead of them by 50 steps. If they take one step, we take 50. On behalf of our people , we shall continue to monitor these persons who are trying to steal the mandate of our people “. Also on Monday , while flagging off the rehabilitation of General Hospital , Buguma , Governor Wike urged the people of Asari-Toru and Akuku-Toru Local Government Areas to continue to support PDP and vote all PDP candidates during the rerun elections . He said PDP has performed in sectors neglected by the immediate past APC administration in the State. He said that the era of empty promises are gone, pointing out that the people will always stand with the PDP for its performance . The programme was attended by members of the National and State Assembly , prominent politicians , traditional rulers , clerics, youth and women groups. Simeon Nwakaudu , Special Assistant to the Rivers State Governor , Electronic Media . 28th November , 2016. 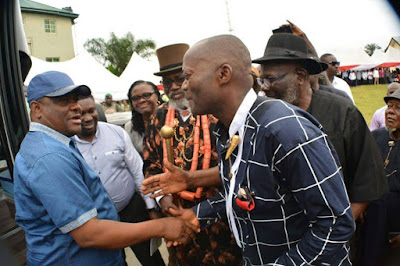 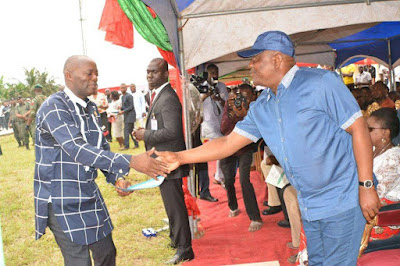 OMG! See What These Young Ladies Were Seen Doing To Themselves In Public. Photos

Meet The Little Boy With Enlarged Head Who Is Worshiped As God In India. Photos