A Saudi Arabian court has ordered a man should be given 2,000 lashes and spend 10 years in prison because he ridiculed the Koran and denied the existence of God on Twitter. bThe 28-year-old was sentenced after the state’s Islamic police discovered 600 tweets professing his atheism. 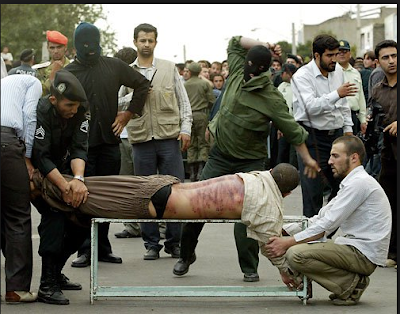 Under laws introduced two years ago, atheism is defined as ‘terrorism’. The defiant man said the social media posts reflected his beliefs and said he had the right to express them. Police found his tweets ridiculed verses from the Koran, accused all prophets of lying, stating that religious teaching fuelled hostilities, and denying the existence of God. He was also fined around £4,000, The Sun reports.

Lady Bursts Into Tears And Bows Down For Wizkid During Concert In Sierra Leone. See Photos

Man Collapses Over Fear Of Losing His House, Buruji Kashamu Comes To His Aid. Photos

Photos; See The Realistic Sex Robots With Customisable Nipples Set To Replace Women In The Bedroom