A Saudi Arabian court has awarded four men with 7,000 lashes and 52 years in prison after they confessed to gangraping a woman in front of her husband and daughter. 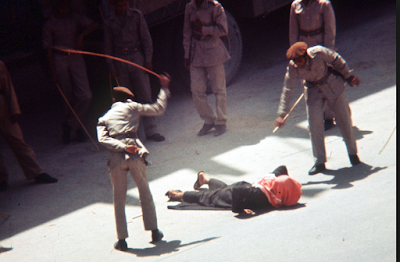 According to reports, the gang of four were slapped with the punishment by the Jeddah court. One of the accused will be given 2,500 lashes in 50 sessions and will be jailed for 17 years while two of his accomplices will be given 1,500 lashes each and were jailed for 15 years. On the other hand, the fourth accused was sentenced to only five years in prison with 1,500 lashes. Police officials said that the accused broke into the victim’s home in Jeddah, tied up her husband with an electric wire and attacked the woman. They stripped her in front of her husband and their young daughter and raped her. Authorities said that the accused stole10,000 riyals and eight mobile phones before fleeing — only to return after sometime and rape the woman again at knifepoint.

Soon after, the victims lodged a complaint based on which the accused were arrested. Their confession sparked an outrage among people who demanded that the accused be executed.