A very controversial ad which featured in the classified section of Kenya’s leading Daily Nation newspaper this morning -has been heavily criticized. The advert offers those who apply the chance to “join corruption cartels and win government tenders without sweat”. 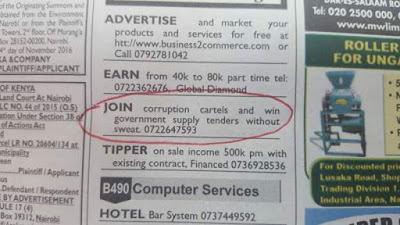 And it seems the ad isn’t a stunt by an anti-corruption activist, but a serious offer from an apparent fraudster. The man, who wanted to be known as “Master”, told BBC reporter that he should open a company, pay about $500 (£400) up front and the cartel would then arrange for the company to land a government contract. 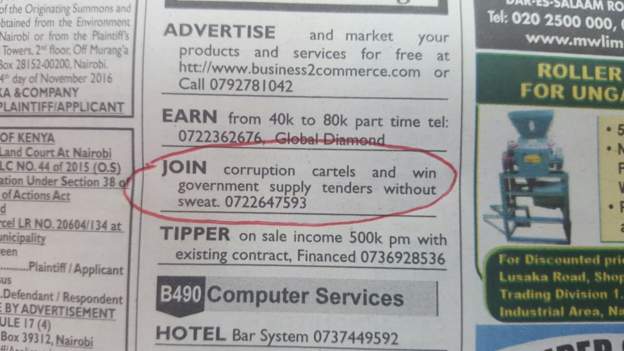 Each contract would be worth about $500,000 and there was no need to worry about investigation by the authorities because they had all been corrupted by the cartel, the man said.

The Daily Nation newspaper, which has been roundly criticised for publishing the advertisement, has apologised.

David Beckham Caught Staring At A Blonde While Strolling In California. Photos