Deputy Governor of Imo State, Prince Eze Madumere, has been hailed after brokering peace between two conflicting groups on Friday evening. The deputy governor who was passing by in his convoy, encountered a bitter exchange between the tanker drivers and the Nigeria Security and Civil Defense Corps. 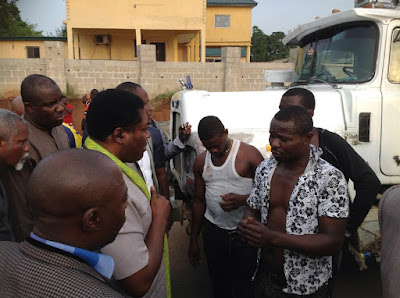 The tanker driver who identified himself as ‘Nnamdi’ from Delta State, allegedly sprinkled a sachet water on a top agent of the government of Imo State and the security details of the official flagged them down to stop but they refused. On realizing that the security details were men of Nigeria Security and Defense Corps and given their age long enmity, the tanker driver and his men refused to come down and in the process, a scuffle ensued. Rather than obey the security agents, they blocked Part of Orlu Road, the area between the Red Cross Orphanage and the High Court causing a traffic gridlock. Prince Madumere on getting to the spot and realizing that tempers were already running high, stopped his convoy, came down from vehicle, brokered peace and ensured the tanker driver with his assistants drove their fuel laden vehicle away. This saved the day and cleared the building traffic at the area. The on lookers especially the commuters who were happy with the ease with which the number two citizen of Imo settled the matter hailed the Rescue Mission Government for their approach to issues that concern the citizenry of the State. 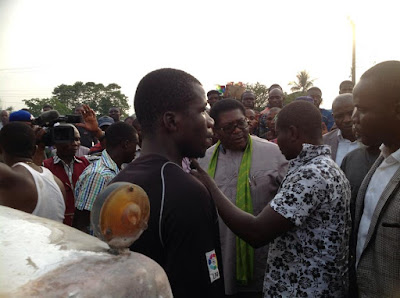 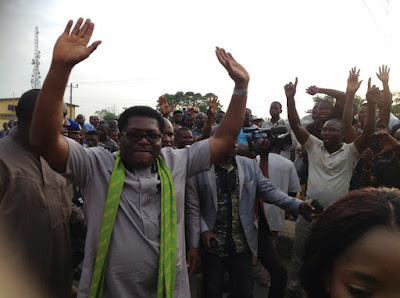 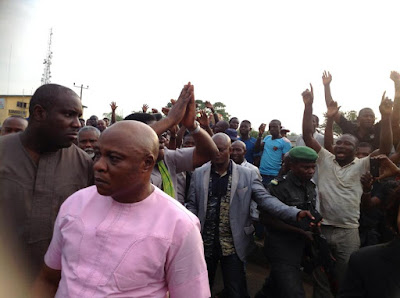 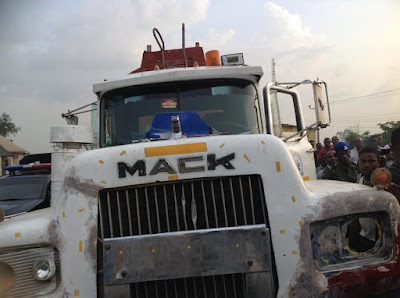 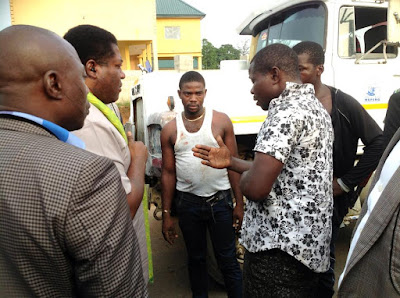 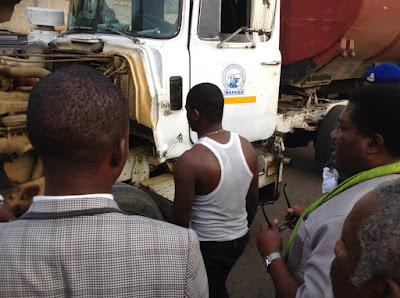 Meet The Actress Banned From Filming For A Year For Being 'Too Sexy'. Photos

Chimps Warmly Welcome Woman Who Rescued Them From A Lab 25 Years Ago. Photos