A gallant Nigerian, Celestine Nwabueke, has been praised after his heroic effort in helping a woman deliver a bouncing baby boy in a village in Borno state. According to multiple reports, the new mother -was aided the the gallant soldier with the help of other women who fled their community over fear of Boo Haram attacks.. 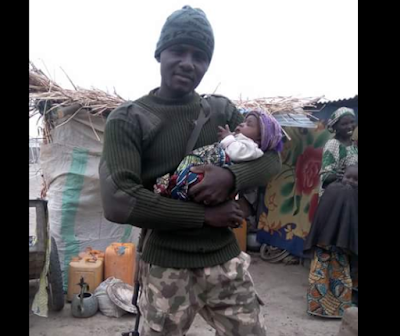 According to reports, the woman wanted to name the child after the soldier to appreciate him but later changed her mind due to his religion and named him Abubakar. 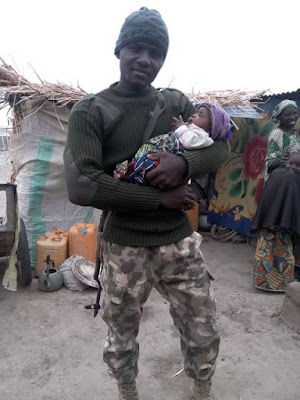 See The Interior Of The World's Most Luxurious Commercial Plane. Photos