A soldier and two attackers died in Bakassi, Cross River State, on Saturday, after‎ suspected militants led by the leader of the Bakassi Strike Force, Benjamin Simplee (a.k.a G1), in several speed boats, attacked troops deployed at Efut Esighi waterfront in the area. 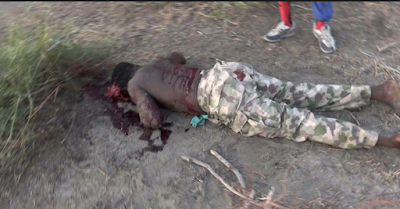 ‎Two soldiers were missing in action following the attack but were later found by the reinforcement team of the military. The attackers also burnt a buffalo pickup vehicle. A statement from the army which confirmed this said that the rest of the militants escaped with gun shot wounds. The statement noted that the troops’ location have been reinforced with more gunboats and air component while clearance and pursuit operation was on going.

“We would like to assure the public that this singular act would not deter us from the discharge of our duties, therefore, the perpetrators of this dastardly act would be found and brought to justice,” the statement noted.

“My Children Don't Look Like Me, They Are Fair While Am Dark” — Man Tells Court…