This is the moment a massive python swallowed an antelope -before regurgitating the entire creature. The giant snake steadily stretched its mouth to devour its much larger prey in the village of Gorakhpur, in Northern India. The python later spewed out its kill because the ‘hunt was too big’. 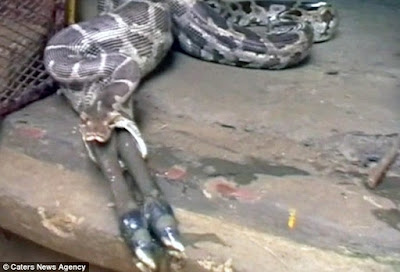 The antelope’s death captured the attention of villagers, and a crowd of onlookers gathered around to watch the python. It was still unclear how the python managed to capture such a large animal. 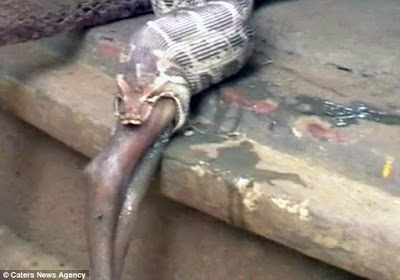 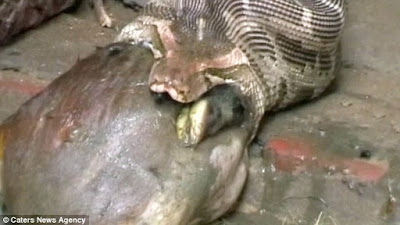 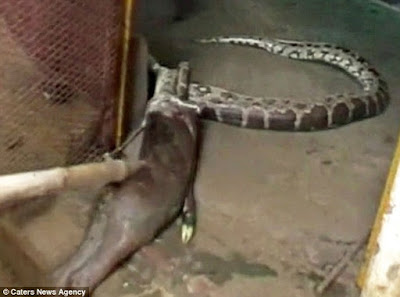 Man Commits Suicide After Suspecting His Wife Was Sleeping With Landlord….