The Iponri Police Division in the Lagos State Police Command was thrown into mourning on Tuesday after the Divisional Police Officer, CSP Segun Fagbohun, vomited in his car and later died in a hospital. 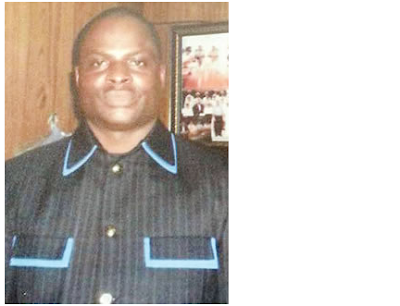 It was learnt that Fagbohun, a 43-year-old police officer who hailed from Odo-Aye, Ondo State, had been battling ulcer for some months.

Our correspondent gathered that the DPO, on Tuesday around 8am, was driven by his brother to keep an appointment, when he complained about his health. It was learnt that the brother, whose name had yet to be ascertained, advised that they stopped at a hospital for a checkup. PUNCH Metro learnt that as soon as the brother made the suggestion, the DPO started vomiting in the car. The brother was said to have quickly rushed him to a hospital in the Ikeja area. It was said that doctors at the private hospital suggested to the brother that the DPO be referred to another hospital. However, Faghohun died before he could be moved. A police source told our correspondent that Fagbohun was transferred from the Igando Police Division to Iponri about a month ago. The source added that the DPO had also recently sustained a gunshot injury during a shootout with vandals in the Igando area. He said, “The DPO had been sick for some time. He was moved from Igando to Iponri division about a month ago. He had been in and out of hospital. He was discharged from a hospital just last week Thursday. “He was on his way to keep an appointment on Tuesday when he suddenly started vomiting and later slumped inside a car being driven by his brother, an engineer. The DPO was thereafter rushed to a hospital. “The hospital authorities referred him to another hospital because of his critical condition, but before they could move him out, he died. The doctors on duty confirmed him dead. “Fagbohun’s health deteriorated after his time at the Igando division, where he battled with pipeline vandals. On one occasion, he was shot by the vandals.” A DPO in Lagos told our correspondent on Tuesday that each of them had pledged N30,000 to help the ailing officer with medical bills until his sudden death. Our correspondent learnt that the state Commissioner of Police, Fatai Owoseni, visited the late police officer’s wife and children around 10am on Tuesday. The corpse of the DPO was said to have been deposited at the morgue of the Lagos State University Teaching Hospital, Ikeja. The Lagos State Police Public Relations Officer, SP Dolapo Badmos, said an autopsy would be carried out on the corpse of the DPO, adding that the command did not suspect any foul play. She said, “The command received the news as a rude shock. It came early in the morning on Tuesday to the CP, and the command is mourning. The deceased was one of our gallant officers. He was one of those who held the Igando division against the invasion of the militants.

“His corpse has been deposited in a morgue. An autopsy is going to be conducted on the corpse. The command does not suspect any foul play, unless if the autopsy reveals otherwise.”

Watch Video From The Wedding Of The Man Who Married 2 Women In Delta State.

Sister Of Brazilian Player Who Died In Plane Crash Gets Tattoo Tribute In His Memory. Pics