There is a growing concern in military circles over the fitness or otherwise of many of the cadets undergoing training course in the Nigerian Defence Academy (NDA), as well as several others recruited into the armed forces. 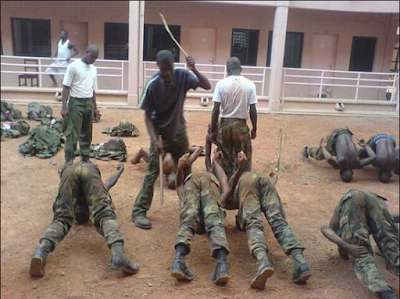 The latest revelation followed the death of four cadets who reportedly died in the nations’ premier military institution, early October and three weeks after the resumption of their training. The NDA, established in the 1960s, runs a five-year course, four of which is purely for academics with little military training, leading to the award of B.Sc. or B.A. honours while the remaining one year is for full military training. The premier military institution, for the first time since its existence, produced female combatants officers in the Army, Navy and Airforce, last September, while it admitted about 250 cadets this year, including female cadets. Following the death of the four cadets, 53 others found medically unfit for the rigours involved in the training course were sent packing, even as it has been revealed that politicians were imposing candidates on the foremost military institution. Informed military sources disclosed to Saturday Tribune that the death of the four cadets in the course of the training caused much anxiety, forcing the military authorities to reassess its selection procedure into the academy. Saturday Tribune gathered that military board of inquiry recommended a medical re-examination of all the cadets selected and admitted for the 2016 academic year, and discovered that 53 others were not medically fit to be admitted to go through the strenuous course and were thus expelled. It was further disclosed to Saturday Tribune that the politicians (whose names were not mentioned) are of the habit of insisting on admission of unfit cadets, as against the established norm where physical and medical fitness were parts of the requirement for the admission of would-be cadets. This alleged imposition of intending cadets, though said to be a common phenomenon since the return of democracy in 1999, has become a source of worry and concern for the military command, it was learnt. “The elevation of godfatherism has become more worrisome as it is depriving a lot of qualified and medically fit candidates the opportunity to be selected into the armed forces, unlike what obtained up till the early 1980s when admission into military institutions was strictly based on ability to pass all required examinations and medical tests. “But these days, the situation is different as intending candidates now look for politicians from their areas to submit their names to military authorities, either to be selected into NDA or to be recruited into the military. “This has led to pressure on those conducting these examinations to succumb to the whims and caprices of the politicians. “If this situation is not checked, it will destroy the military which is known for its tradition of discipline because such unfit candidates are coming from one politician or the other. The earlier this practice is checked, the better for the country,” the military source said. Source; Tribune

2018 World Cup Qualifier; Algeria Name Strong Side Ahead Of Clash With Nigeria