World leaders have reacted with disbelief to the surprise election of Donald Trump as US president – and Russian President Vladimir Putin has become one of the first to congratulate the Republican on his win. 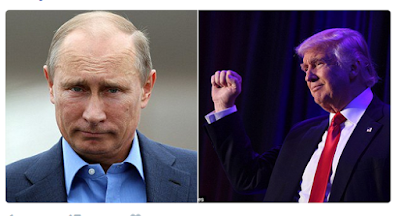 A senior figure in the German government has described the result as a ‘huge shock’, and questioned whether it will mean an end to ‘Pax Americana’ – the state of relative peace overseen by Washington since the end of World War Two. And the current French ambassador to the United States wrote that the ‘world is collapsing before our eyes’ in an astonishing attack on the newly-elected President. In a now-deleted tweet, before Trump’s victory was confirmed, Gerard Araud wrote: ‘After Brexit and this election, everything is now possible. A world is collapsing before our eyes. Dizziness.’ But the result has been welcomed in Moscow, where officials say they are optimistic of improved relations with the US under a Trump presidency. 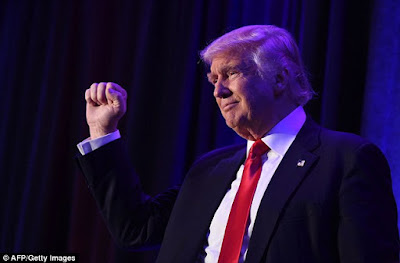 Putin said he hopes Trump can help ‘search for effective responses to the challenges of the global security,’ RIA Novosti reported. He added that a dialogue between Moscow and Washington ‘meets the interests of the peoples of our countries and of the entire international community’.

Enyimba Players And Officials Attacked By Violent Crowd After Match In Katsina. Photos