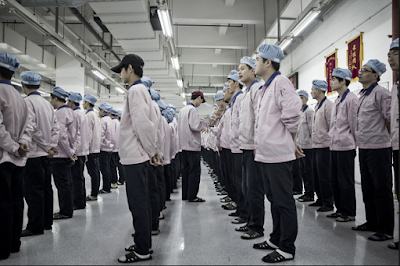 In the post, the reader said anyone caught violating this rule would be let go from the hospital. An original copy of the notification sent to all employees reads,

“At a time when the People’s Republic of China celebrates its 67th anniversary, this institution advocates prudence and diligence, wishing to put an end to luxurious and wasteful spending.” The notification goes on to officially prohibit buying the iPhone 7 or iPhone 7 Plus models, warning that violators will be terminated.

Over 100 Carcasses Of Endangered Animals Discovered In A Truck In China. Graphic Photos

Veteran TV Personality Bows Out After 35 Years Of Working With NTA..Pictured