Islamist group Boko Haram has mysteriously replaced its notorious leader with its former spokesman who promises not to attack mosques or markets used by Muslims, the Islamic State group’s newspaper has announced. 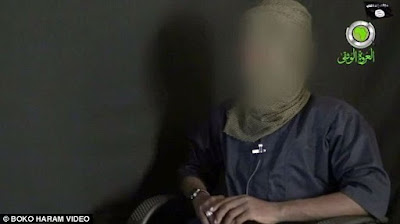 The Arabic-language newspaper al-Nabaa on Wednesday identified Abu Musab al-Barnawi as the new ‘Wali,’ a title previously used to describe long-time leader Abubakar Shekau. The report does not say what Shekau’s current status is. He was in charge since 2009. However, in another message, Boko Haram maintained it was a potent fighting force, with men holding AK-47s posing in front of Toyota Hilux pick-up trucks and a lorry mounted with a military cannon. ‘You should know that there is no truce, there is no negotiations, there is no surrender,’ an unidentified masked man in camouflage said in a prepared script in Hausa, the dominant language in the north, in the video posted on YouTube. ‘This war between us will not stop.’