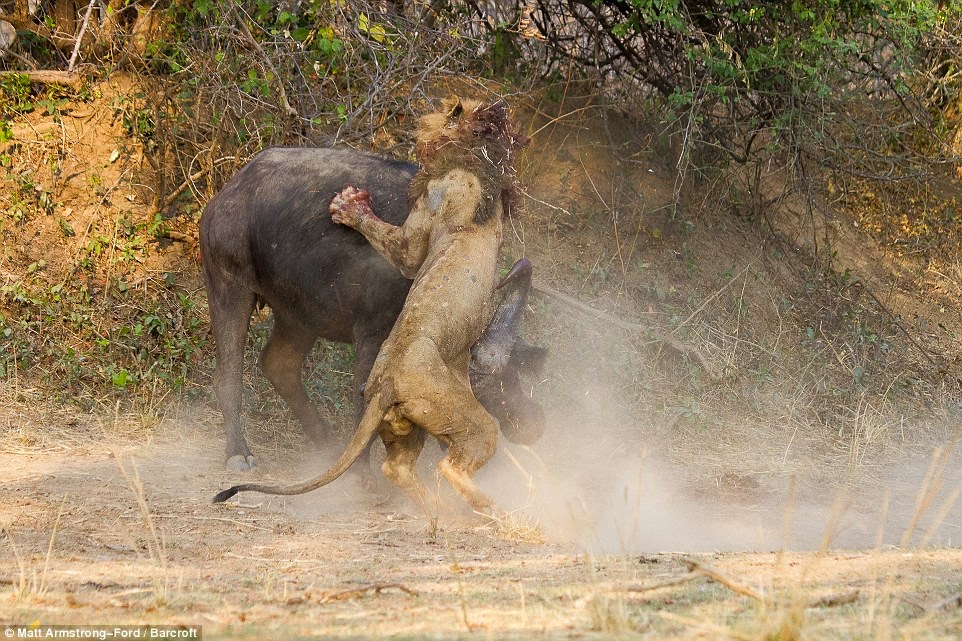 Not minding its size, a proud lion decided to take on his rival -as he fought a buffalo in a desperate bid to survive and prove that he’s really the king of the jungle…The wild animals were pictured  during their bloody clash which later left both of them dead… Both animals died as a result of the clash. The lion succumbed to injuries two days later while the buffalo later died of infection (No victor, no vanquished) 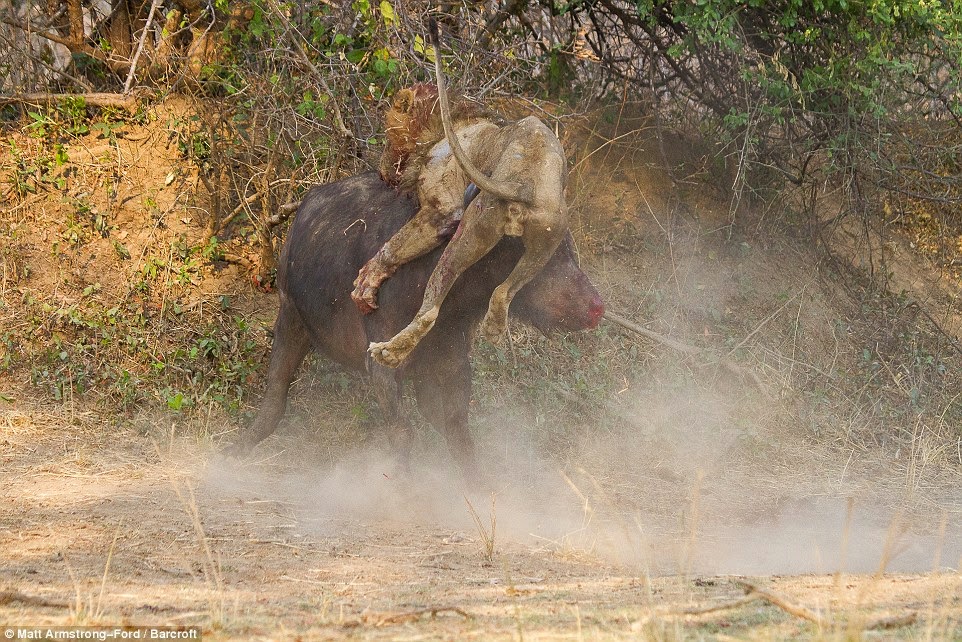 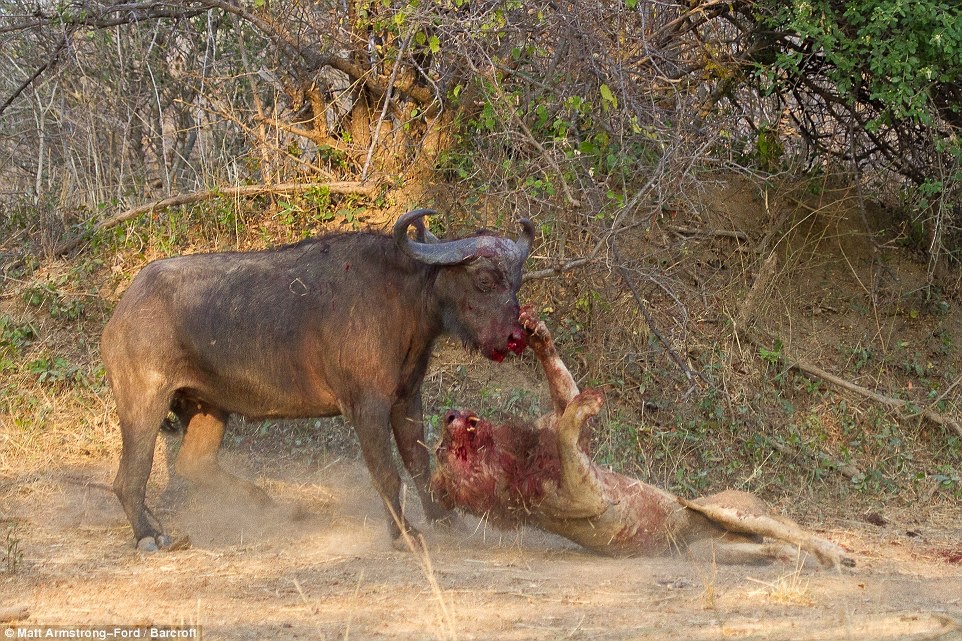 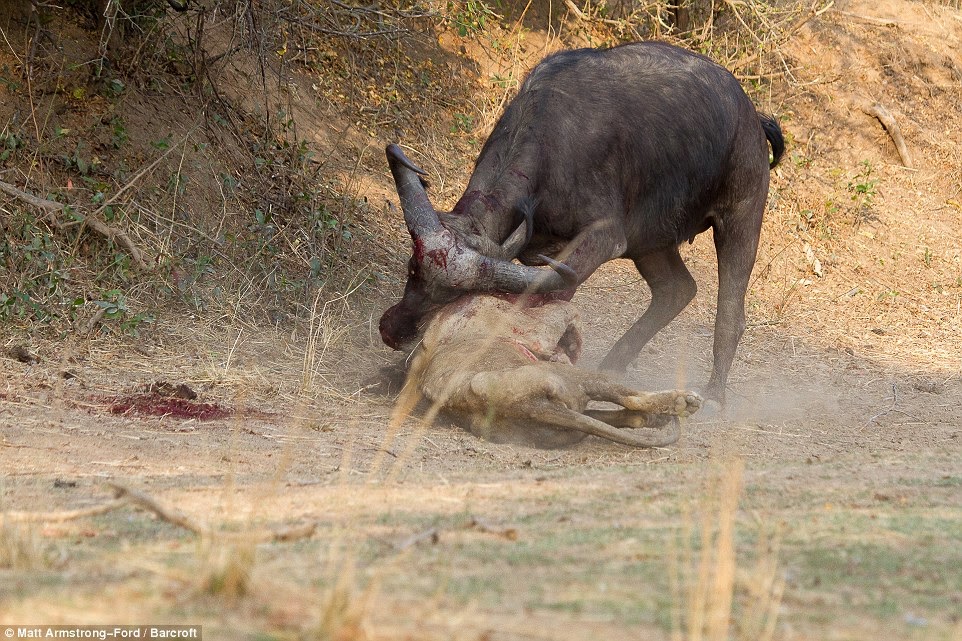 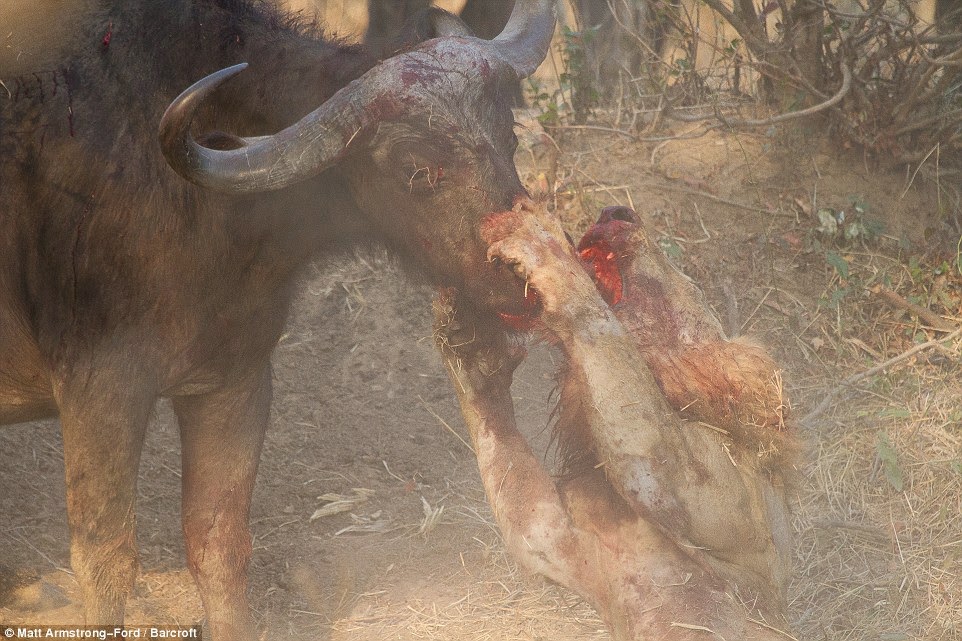 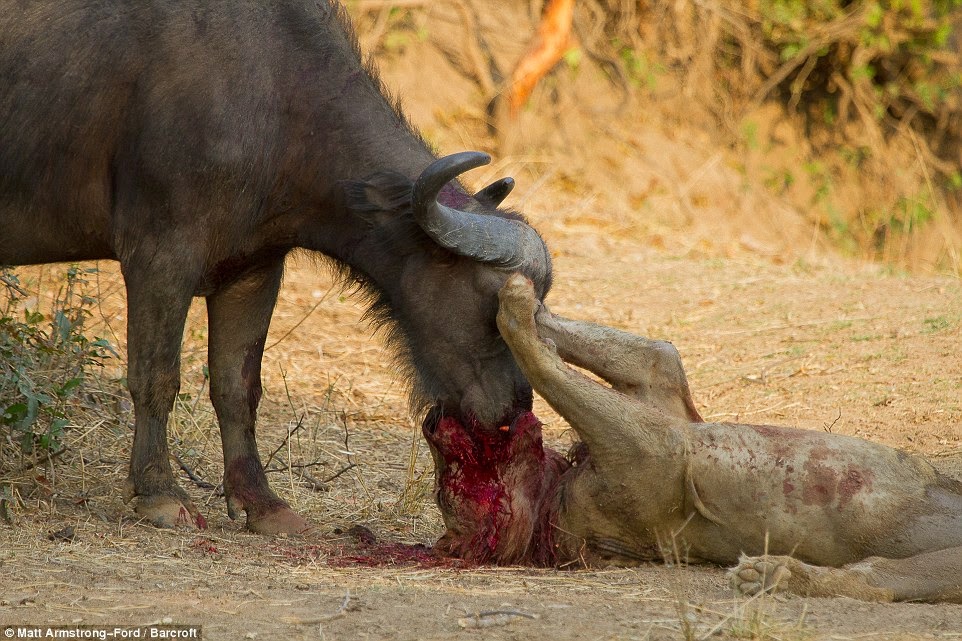 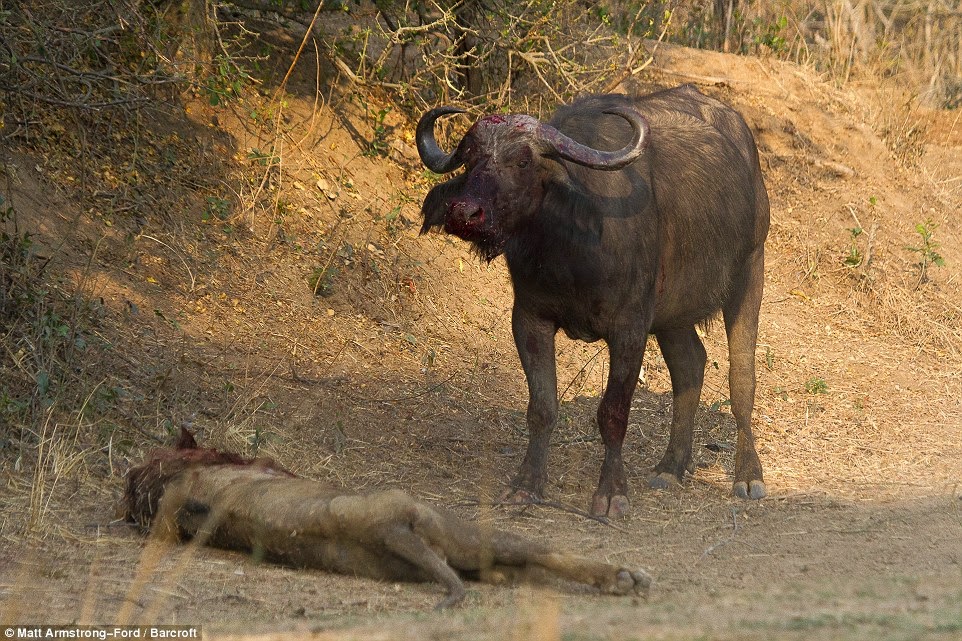 See The Oil Thieves Who Were Arrested Onboard A Tug Boat In Rivers State. Photos