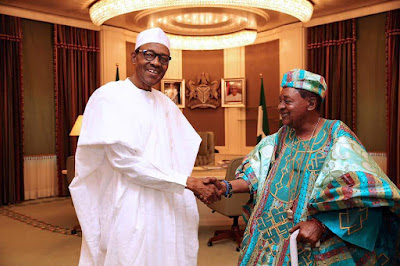 “Especially as it concerns the multi-dimensional problems Nigeria is facing; the Avengers and the bombing of oil installations, MEND, Boko Haram insurgency in the North East.”

US Based Nigerians Honour White Teacher Who Taught Them Over 50 Years…. Photos