A young woman tried to crash the wedding of the man she claimed to be the father of her newborn son. The incident happened in the town hall of the Peruvian city of Chimbote where a group wedding had been organised last weekend. Some 84 pairs participated in the ceremony and were greeted by the mayor, Julio Cortez Rojas. 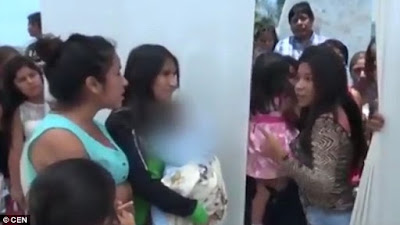 But when resident Ever Franco Rojas came in with his future wife, things took an unexpected turn as 19-year-old Yeli Fernandez Lozano came to the ceremony alongside her sister and new born baby. The woman claimed the child belonged to Rojas and wanted to stop the marriage from happening. But Rojas’ relatives stopped her from reaching him. Yeli Fernandez Lozano told local media: ‘He didn’t want to recognise the child. He found out I was pregnant and ran away, and married someone else.’ Her sister, who was not named, added: ‘He has to recognise his son. It’s true that he’s getting married. But the kid is two months old and he doesn’t even pay child support.’ According to local media, the newlyweds temporarily left the venue so they would not have to meet the 19-year-old mother. However they eventually returned and the ceremony took place without any further incident. 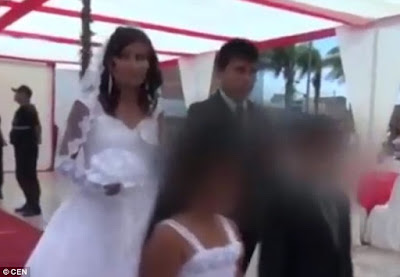 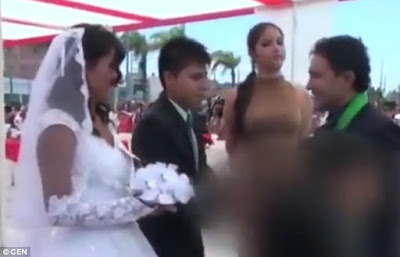 See How A Gigantic Dead Whale Was Transported To A Museum In China. Photos