A 51-year-old woman, Mrs Funke Ashaolu was last Thursday killed by unknown gunmen in her shop at Elewure area of Sango, Ibadan, Oyo State in the presence of her husband and children at about 9.45p.m. 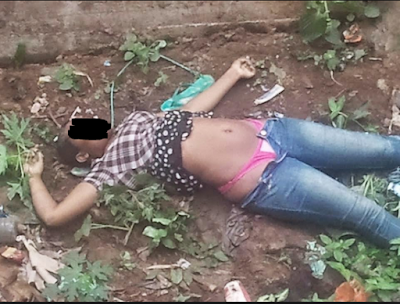 The killing came several days after she received a call from unknown persons who instructed her to drop N20,000 in front of her shop under a small keg that would be partly filled with a liquid substance, with the threat that she would be killed if she refused to act accordingly.

According to Tribune Online;

The deceased, who traded in wine and liquor, was said to have reported the threat to the police at a nearby police station where her statement was taken. Metro gathered from a reliable source who craved anonymity that to the woman’s consternation, a couple of days after she reported the case at the police station, she noticed a keg half-filled with petrol by her shop, which raised her fears that her callers meant business. This was said to have taken her back to the police station where she reported, for the second time, what she saw at her shop, prompting detectives to follow her to the scene where they took the photograph of the keg. The police officers on duty were said to have drafted a patrol team to the woman’s shop to be stationed there to prevent anything untoward.

Metro further gathered that this was the situation until last Thursday when the patrol team had to leave the spot after 9.00 p.m. as a result of a distress call it got to move to another troubled spot.