A South Korean woman narrowly escaped death and was left with bruises all over her body after her bungee rope broke midway during a 140ft fall. The incident took place at a popular bungee jumping location in the South Korean city of Chuncheon in Gangwon Province. 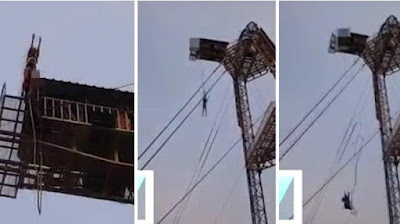 As the woman was bungee jumping, her rope broke off, making her fall into the water below. The entire incident was captured on mobile phone by a bystander. Luckily, the woman survived the incident, but was left with several injuries. She also claimed that the bungee jumping organisers lacked necessary measures to prevent such incidents.

Doctor Honoured In China After Donating His Organs Following His Death. Photos