A nine-week-old baby has attracted huge attention both online and offline due to his hair. His mother revealed that it takes her two hours to do the weekly supermarket shop instead of 40 minutes because so many people stop to say hello to him. 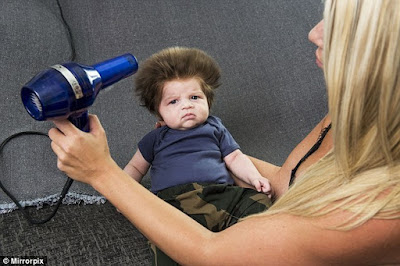 Junior’s mother Chelsea Noon, 32, a hairdresser, said: ‘He came out with loads of hair. I didn’t realise how much until he had his first bath. All the midwives and health visitors said it would fall out because baby hair usually comes out when they rub their head on the back of the cot, but he hasn’t lost any of it and it has grown.’ 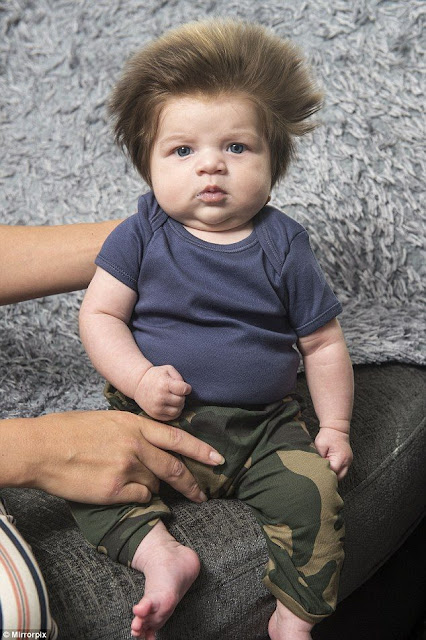 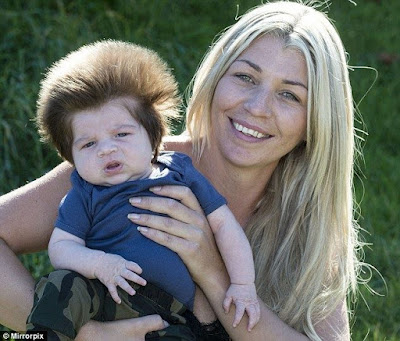 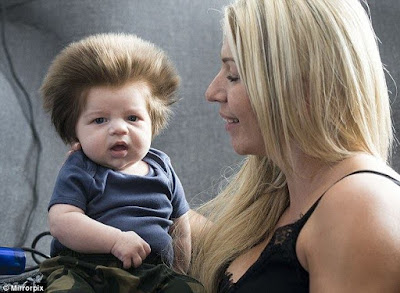 Lagos Residents Accuse DPO Of Intimidation Over A Woman. Photos

Elephant Goes On Rampage After Being Bitten By A Mad Dog In India. See Photos

Nigerian Police Officer To Celebrate His Birthday In The War Front In Somalia. Photos