He was dubbed the ‘unluckiest elephant in the world’ after being beaten, abused and kept in shackles by his captors over more than 50 years. But now Mohan has been rescued by an animal welfare charity and sent to recover in a sanctuary. 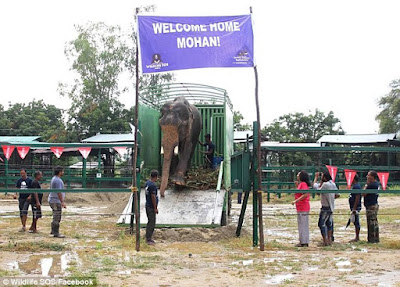 Mohan, 55, who is believed to have been taken from his family by poachers when he was a calf, was used as a working elephant for all of his life in India. He was taught to beg for money or rented out as a prop for local weddings. North London-based charity Wildlife SOS claimed his wounds and weight suggested he was chained and beaten in order to be trained.

‘His freedom has been a long-time coming, and we are so grateful to everyone who stood strong through this long and often disheartening and dangerous fight for his freedom,’ a spokesman for Wildlife SOS said.

‘Now he will never be abused, beaten or neglected in any way. His right to be free has been debated and put on hold in court countless times. ‘He has suffered alone and in silence for decades, in fragile health… and miraculously, he has survived. ‘And now he will live the rest of his life as a free elephant.’ 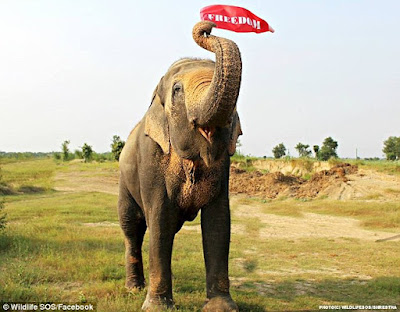 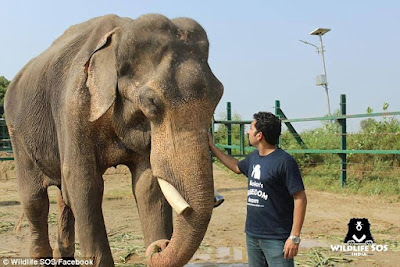 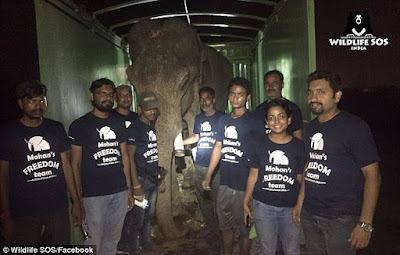 Shocked Police Officers Discover Kidnap Victim In The Boot After Stopping A Car At Checkpoint. PICS

Donald Trump Hosts His Wife's Parents For The Weekend At His Resort. Photos