A Federal High Court, sitting in Benin-City, Edo State has convicted and sentenced to 18 months imprisonment one Collins Osadolor alias Albert Lin. Osadolor was first arraigned by the Economic and Financial Crimes Commission, EFCC, on 13 November, 2015 on a three count charge bordering on possession of fraudulent document containing false pretenses. 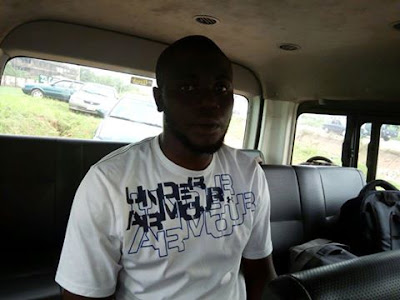 Specifically, he defrauded an American lady, identified as Karry the sum of $250, which he admitted and refunded. Upon his arraignment, the convict pleaded not guilty to the charge, but later changed his plea to ‘’guilty’’. Justice P. I. Ajoku consequently convicted Osadolor and sentenced him to 18 months imprisonment without an option of fine.

One of the count read: “Collins Osadolor alias Albert Lim on or about the 27th of August 2015 in Benin City, Edo State within the jurisdiction of this Honourable Court had in your possession in your email inbox folder a fraudulent document containing a false pretence dated 5th August 2015 with the subject: ‘Re: Hello’ which you knew to be false pretence and thereby committed an offence contrary to section 6 of the Advance Fee Fraud and Other Related Offences Act 2006 and punishable under section 1(3) of the same Act”.