A Chinese restaurant owner gave a thief more than what he bargained for -when he chased the knife-wielding teenager with two meat cleavers. A 19-year-old man, carrying a kitchen knife, tucked in his pants, allegedly confronted Hunter Hu, 46, on Thursday afternoon. 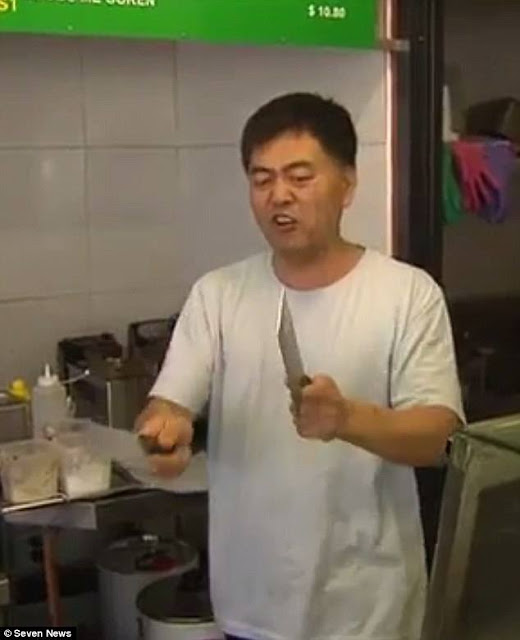 The intruder passed a note over the counter demanding money. Instead of getting cash from the till, the restaurant owner from Brisbane’s north returned with the two meat cleavers. Closed-circuit TV footage has captured the moment Mr Hu chased the 19-year-old would-be thief from his Master Noodle business at Kedron. ‘You have one knife? I have two,’ he told Seven News on Saturday. The teenage intruder then ran across six lanes of traffic at Gympie Road, during peak hour, to Hungry Jacks. He was arrested a short time later at the fast food diner after witnesses reported seeing him carry a weapon, Queensland police said. 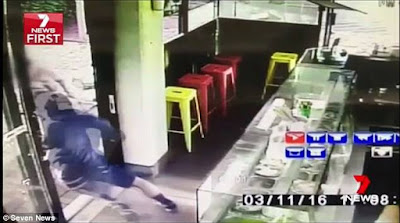 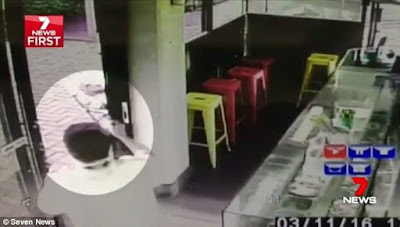 See The Type Of Fish Doctors Removed From A Patient's Body In China. Photos

Meet The Beautiful Woman Who Says She's Too Good To Find A Boyfriend. Photos