The National Board for Technical Education (NBTE) on Thursday announced the dismissal of 5 lecturers and the termination of appointments of 8 others in Auchi Polytechnic, Auchi, Edo State, in connection with sexual-related offences. . 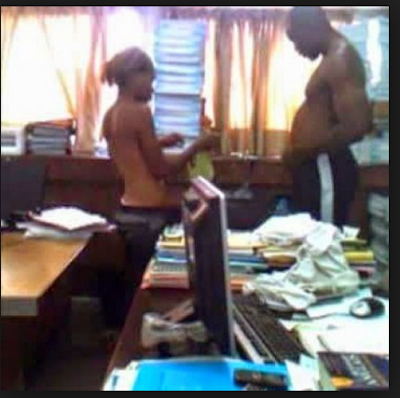 The Executive Secretary of the board, Dr Masa’udu Kazaure, said the development was the outcome of an investigation following a publication by The Punch newspaper of April 9, 2016 with the title: `School Where Prostitutes Assist Male Students to Get Marks’. He said: “The summery of the publication indicated that students hire prostitutes or beg their girl friends to sleep with lecturers on their behalf in order to earn higher grades in their courses. The lecturer chooses a hotel of his choice and the affected students pay the hotel bills, which include the meals before the action. Some of the lecturers give the option of paying by cash, which cost between N10,000 and N20,000, which could give the student not more than a ‘C’ grade. We promptly informed the Minister of Education, ICPC, EFCC, DSS.’’ Kazaure said the board, therefore, constituted a fact-finding committee and gave it one week within which to getting to the root of the matter. He said the committee submitted its report on June 14, 2016 and recommendations submitted to the Minister of Education, Adamu Adamu According to him, the recommendations were approved on Nov. 21. “Consequently, the minister approved the dismissal of two chief lecturers, two principal lecturers and one Lecturer I. Also, four chief lecturers, one Principal Lecturer, one Lecturer I, one Lecturer II and one Higher Technician had their appointments terminated. One Chief Lecturer, 4 principal lecturers, 3 senior lecturers, three Lecturer I, four Lecturer II, and one Senior Instructor, were demoted. One Chief lecturer, one Principal Lecturer, one lecturer I, and one Lecturer II were warned, while a Chief lecturer and one Senior Technologist were advised to be of good conduct. . In addition, two senior lecturers were cautioned, an Assistant Lecturer is to be mentored,’’ Kazaure said.

Goodluck Jonathan And Wife Patience All Smiles As They Meet With PDP Senators. Photos