A British man has been jailed for 12 months for trying to grab a policeman’s gun at a Donald Trump rally in an alleged bid to kill the now US president-elect. Michael Sandford, 20, attempted to snatch the weapon at a Las Vegas casino where Mr Trump was addressing supporters in the run-up to the US election in June. 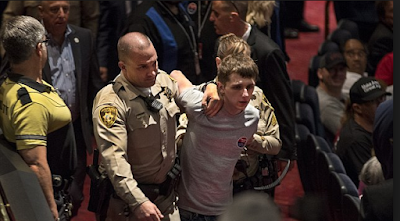 He allegedly told officers after his arrest that his plan was to shoot the tycoon. Sandford, who has autism, was sentenced at a federal court in Las Vegas after pleading guilty in September to charges of being an illegal alien in possession of a firearm and disrupting an official function. Lawyers acting for Sandford, from Dorking, Surrey, said he suffers a number of mental health problems and he was diagnosed as having had a psychotic episode at the time of the incident on June 18. Sentencing Sandford to 12 months and a day in prison, Judge James Mahan told him: ‘You have a medical problem. You should not be ashamed or embarrassed about it. You need medication. ‘You’re not a hardened criminal. You’re not evil or a sociopath like a lot of people we have. ‘I don’t think you wanted to kill anybody. This was just some crazy stunt that your mind told you to do.’ 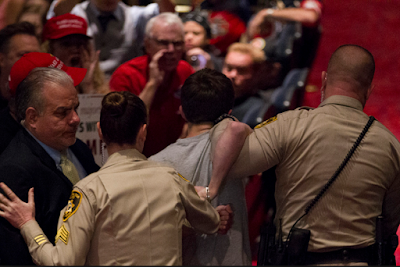 Sandford had faced up to 20 years in jail had he been found guilty of the offences at a trial. He had initially denied the charges but pleaded guilty in September following a plea agreement. Sandford, wearing leg irons and an orange prison uniform, became tearful as he addressed the court to apologise for his actions. He said: ‘I know saying sorry is not enough. I really do feel awful about what I did. ‘I wish there was some way to make things better. I have cost taxpayers so much money. I feel terrible.’ Addressing the judge, he added: ‘I’m really sorry to you and the court for taking up so much time.’ 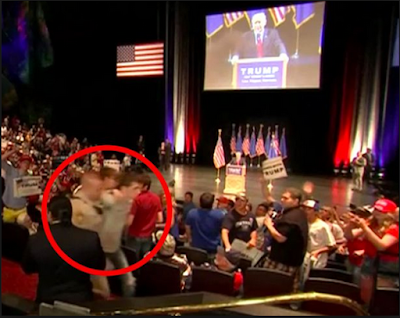 See The 5-Seater Helicopter Built By A Nigerian Boy With Local Materials . Photos

Nnamdi Kanu Hosts Over 100 Members From A Jewish Synagogue In Hometown. Photos