Chelsea midfielder John Obi Mikel is talks with Marseille over a January move. The Nigeria midfielder, 29, has been frozen out by Antonio Conte after playing for his country at the Olympics during the summer. 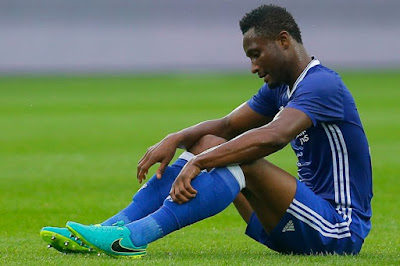 Nigeria head coach Gernot Rohr has claimed Mikel is set to move to Ligue 1 on a free transfer despite having six months left on his contract. He said: “I saw Obi Mikel in London. He is in advanced discussions with Olympique Marseille. “He will leave Chelsea for free, this is a serious option.”

Mikel hasn’t played a single minute under Conte at Stamford Bridge , having been with the club since 2006.

Woman “High On Drugs” Strips Naked In The Middle Of The Road And Attacks Vehicles. PICS