Today, 29/11/16 the Sokoto state police commissioner arrived at the residence of Sheikh Qasim Umar, a leading member of The Islamic Movement, ostensibly on a fact finding mission. 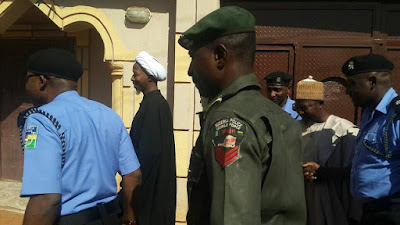 The Police Commissioner told the Sheikh that he was was at the centre to verify security reports reaching him that Shiites will hold a “Grand African Shi’ah Congress” in Sokoto, which according to him, might cause a breach of the peace in the state. Sheikh Qasim commended the Police Commissioner for setting a record of coming personally to verify the security report. He however denied knowledge of any Shi’a conference in Sokoto, stating that “I am hearing about it now from you for the first time.” Sheikh Qasim recounted to the Police Commissioner, how IMN members have previously been victims of police brutality in the state, adding that “we are still awaiting the payment of compensation by the state government after the courts discharged and acquitted us of all charges and awarded us compensation for damages done to us.” The Police Commissioner left the residence evidently satisfied with what he saw by himself concerning the Sheikh and the IMN. Earlier on, the news of the intended visit by the Commissioner was met with apprehension by IMN members, as it was coming berely two days after Chief of Army Staff, Lt. Gen. Tukur Yusuf Buratai paid a condolence visit to Governor Aminu Waziri Tambuwal at the Government House, where he used the occasion to announce the establishment of a new Army Division in Sokoto to enhance security in the zone. SIGNED BY IBRAHIM MUSA PRESIDENT MEDIA FORUM OF IMN 29/11/16 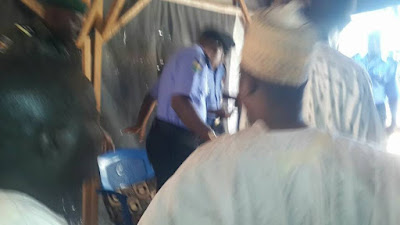 Meet The Man Who Has Been Labelled The 'Devil' Due To His Big Hand That Won't Stop Growing. Photos