A 25-year-old man, Tolani Ajisefini, has lost one of his ears in a fight that ensued after speaking against hemp smoking in the Mushin area of Lagos State. It was learnt that Ajisefini, a site manager, had lived with his parents on Olateju Street, Mushin, where the incident happened, before relocating to the Isolo area of the state. 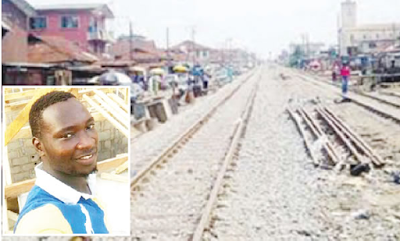 Read according to Punch However, he was said to be a regular visitor to the Mushin area where he had friends. It was learnt that the victim had visited the area penultimate Saturday when he saw some youths smoking hemp in his former house. He was said to have cautioned them and insisted they left the place. A resident, who spoke with our correspondent on condition of anonymity, said the smokers ignored him. “They said he had left the area and had no right to dictate to them what to do and what not to do. “This resulted in arguments and later degenerated into a fight. One of Tolani’s (Ajisefini) friends also backed him and fought the gang members. Tolani, however, asked his unnamed friend to leave the matter to him alone. “He pushed his friend aside and ordered him to leave the place. One Michael mocked the unnamed friend, saying Tolani did not appreciate his effort.” Our correspondent was told that Ajisefini attacked Michael for the statement. In the ensuing scuffle, Ajisefini was alleged to have grabbed a bottle to attack the suspect, who parried it. “Michael then bit off one of Ajisefini’s ears. Michael also had a bite injury, ” the source added. The victim was reportedly rushed to the Lagos University Teaching Hospital, Idi-araba, Surulere, where he was quickly attended to by the medical personnel on duty. It was learnt that the ear could not be reattached as the tissue was already dead. “The ear had to be thrashed. The doctors said they may have to perform an operation on him and give him artificial ear. He has been deformed,” a close friend of the victim said. The case was allegedly reported at the Olosan Police Division. The spokesperson for LUTH, Mr. Kenneth Otuneme, said he would get back to our correspondent, but he had yet to do so as of press time. The Police Public Relations Relations Officer, Lagos State, SP Dolapo Badmos, said the police did not have a record of the incident.

20-Year-Old Girl Plans Her Own Funeral So She Can Fulfill Last Wish To 'Die Beautiful'. Photos